Are you considering a career as a pilot? This may very well be the number one career choice for young children everywhere. However, becoming a Pilot is definitely a feasible and rewarding career path once you attain a pilot certification. The act of traveling (and flying) is indeed exhilarating. The typical Pilot’s earnings make this career quite satisfactory as well. For those of you interested in pursuing this career, we compiled this list of the top pilot schools and commercial pilot programs you can enroll in to become a certified pilot.

Those of you interested in this career have two main paths to choose between: airline or commercial pilots. No matter what sort of pilot you plan to become, you will most likely feel quite satisfied with your earnings. According to May 2014 data from the Bureau for Labor Statistics (BLS), the median salary for pilots is $103,390*. This rate is exponentially higher than the average for all other occupations ($35,540). The median salary indicates that roughly half of all working pilots have earned less than this median value. The other half of the Pilots earn more. 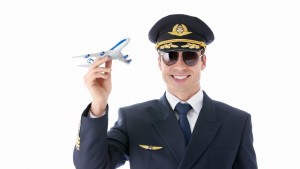 Source: How to Become

You may wonder how much these earnings can fluctuate. According to data from the aforementioned time period (May 2014), the lowest earning 10% of pilots earned just under $64,380 per year, while the top earning 10% earned more than $187,200. Even the lowest paid pilots are often paid quite handsomely. Those figures should entice many into enrolling in one of the best schools for pilots.

The last facet we’ll cover before moving on to the things you should be careful about when choosing between the top rated schools for pilots and commercial pilot programs is the outlook for this occupation. BLS data indicates that the job outlook for pilots should only grow by 5% between 2014  through 2024. The job outlook rate is slightly lower than the average for all occupations. In the next 8 years, roughly 5% (or 5,400) new pilot opportunities should arise in our market. All in all, the prospects for pilots appear relatively average despite the high pay and exciting work. Make sure you consider these facts before enrolling in a pilot program. 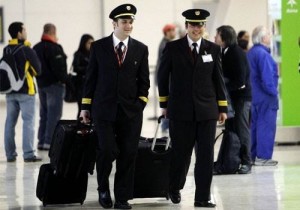 Plenty of schools offer commercial or airline enrollment in a pilot program. Before enrolling, you must check the accreditation of the school. If the school is not properly accredited, you risk wasting your time and money; you may learn useful things about flying, but you will not obtain the necessary certificate to work as a pilot. Accredited pilot schools display this information clearly and in a transparent manner. They typically list the accreditation of their certificates. So, verification shouldn’t be an issue.

In order to start working as a pilot, you will need all of these:

In order to work as an airline pilot, a commercial pilot, or even a military pilot, you must complete hundreds upon hundreds of flight hours during practice training (along with your theory based courses). Most employers require you complete plenty of on-the-job training upon hiring you. But, the training you receive during your education in the available pilot schools aren’t actually that varied. Instead, each stage of your career requires a different training program. These programs are standardized and offered unanimously by accredited schools for pilots.

Throughout your pilot career, you must obtain many types of licenses and certificates, in the following order:

All these schools for pilots that can train you must be accredited by the FAA (Federal Aviation Administration). In order to find pilot schools available to you, it’s simply easier to search directly on the FAA website. Most of them also have a tax to enroll for admission. Typically, the tax costs about $100 – $150.

Choosing a Program or Degree

The usual career track for airline pilots is to work as commercial pilots for a while until they accumulate enough experience to apply for the next step in their career. Whether you plan to pilot an airliner or are happy serving as a commercial pilot, the first program you must apply for is the commercial pilot certificate at the end of your training. In order to enroll in such a program, you must be at least 18 years old and hold a high school diploma (or an equivalent). After obtaining your commercial pilot license (which is the fourth step, you can move on to becoming an airline pilot.

If, by contrast, you are interested in becoming a military pilot, be prepared for even more serious training. The pilot schools for military pilots are more demanding than the civilian pilot program. However, the advantages go much further as well. You will be required to be more available for duty (even for short notice jobs), but you will also earn much better pay than most civilian pilots. If you decide to become an airline pilot, switching from the military career to civilian is much easier than the other way around.

CLICK HERE TO FIND OUT HOW TO BECOME AN AIRLINE PILOT

*All the numeric data presented in this article has been provided by the BLS: www.bls.gov.