Discover How to Become an Airline Pilot Here 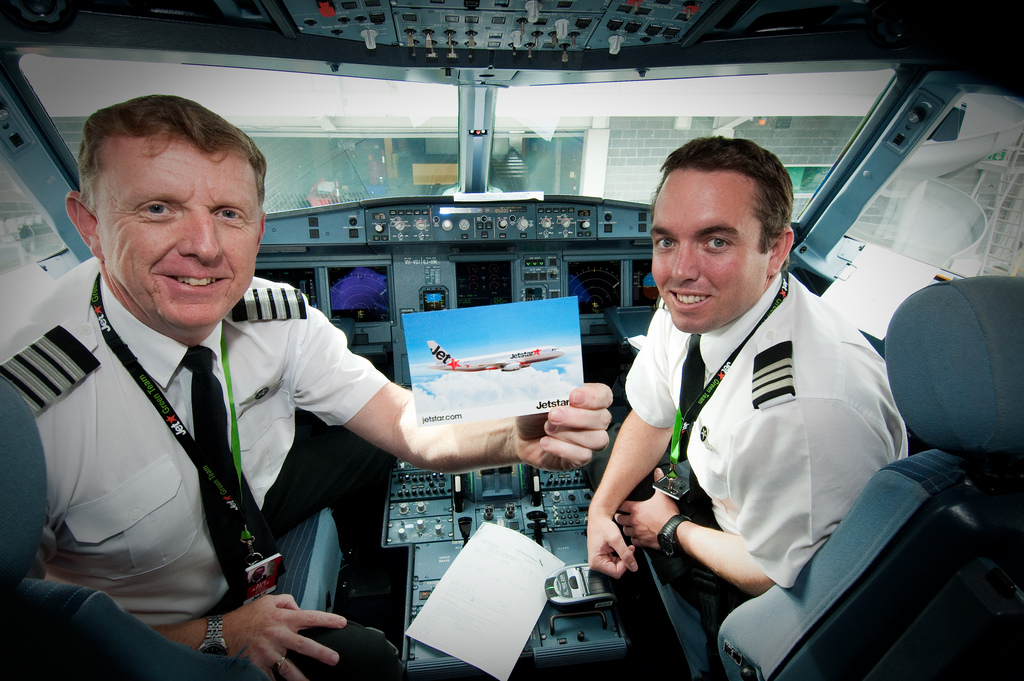 The typical airline pilot job description contains the following responsibilities and tasks: ensuring the safety and security of the airline, piloting commercial airliners, communicating with air traffic control, monitoring airplane gauges throughout the flight and ensuring safety, and much more. An airline pilot typically needs a bachelor’s degree from an accredited college or university. They also typically need previous experience flying planes commercially. Pilots earn an excellent salary, although they typically work weekends and evenings which may be considered undesirable schedules by some individuals. This career field is not expected to grow much in the upcoming years, so job availability will be limited and competition will be high. Want to learn more about the airline pilot job description?

How to Become an Airline Pilot:

The airline pilot job outlook is projected to grow by 1% between 2014 and 2024 according to the BLS. The rate of growth for this profession is notably slower than the average rate of growth for all profession combined in the United States. By 2024, it is estimated that there will be approximately 76,500 airline pilot positions in the United States. If you want to learn even more about the airline pilot job outlook, be sure to continue reading our guide.

The annual average airline pilot salary is notably higher than the average salary for all occupations in the U.S. combined. BLS data gathered in 2014 indicated that the median annual income for an airline pilot was $118,140 or $90.45 per hour. The median value is different than the average salary although the numbers can be close in some situations. The median value indicates the middle salary value for all airline pilots employed in the United States. What this means is that half of all airline pilots make more than $118,140 and half earn less than that totally annual salary. The airline pilot salary tends to be higher than the annual commercial pilot salary. The median annual wage for a commercial pilot was $75,620 in 2014. An airline pilot salary may differ based on various factors that influence annual income. As pilots gain experience and spend more hours flying, they tend to earn increasingly higher salaries. Pilots who are promoted to captains tend to earn the highest annual salaries. The more time pilots spend away from home or working undesirable hours or days, the more they earn. Salaries may also vary based on where a pilot is based out of. Pilots who are based out of metropolitan areas typically earn more than those who are based out airports in more of rural areas. Also, the larger the airline company the higher salaries may be. Pilots who have previous experience in the military are also highly desirable and therefore very well paid. Those who have military experience may automatically start out at high salaries rather than having to work their way up to the higher income brackets.

How to Become an Airline Pilot

The job of an airline pilot is exciting, rewarding, and at times stressful. The airline pilot job description includes a variety of responsibilities and tasks including: ensuring the safety and security of the airline, flying the commercial airliners, communicating with air traffic control, monitoring the airplane throughout the duration of the flight, ensuring the safety of passengers, and more. Responsibilities are generally the same, but they may vary slightly from one flight to the next.

Pilots must be able to work well with others as they must coordinate various procedures (specifically taking off, landing, and flying during tumultuous and rough weather) with other pilots and employees on the flight. The captain typically works closely with a co-pilot. The co-pilot may need to take over for the captain at various times throughout the flight or if the captain would have a medical emergency. Airline pilots must spend time planning out their flights and ensuring that the airplane is safe and ready for flight. For these reasons, the job of an airline pilot can be very stressful and demanding.

Between the years 2014 and 2024, the airline pilot job outlook is projected to grow by approximately 1% according to the BLS. This is much slower than the projected rate of growth for all occupations in the United States. By 2024, it is anticipated that there will be 76,500 airline pilots employed in the United Sates. As of 2014, there were 75,700 airline pilots employed in the U.S. It is estimated that 800 new airline pilot positions will be created between 2014 and 2024. It is anticipated that there will be a lot of competition for airline pilot positions due to a high demand that exceeds the number of vacant positions. The majority of job opportunities that become available will come from pilots retiring from the workforce. It is anticipated that many pilots will retire between the years 2014 and 2024. Pilots are required to retire by the age of 65. Pilots who are seeking positions with major airlines can anticipate the highest level of competition. Pilots who have the most experience are more likely to be offered vacant positions with major airlines. Also, pilots who have experience flying highly-powered airplanes are more likely to be hired than those who do not. Pilots who come from the military are at a much greater likelihood of being offered a position with a major airline than job applicants who do not have a military background. Those who are seeking positions with regional airlines will face less competition. Also, in the coming years the overall number of flights will likely be lowered to cut costs and increase profits for airline companies. This, in turn, would also decrease the number of flights and as a result the demand to employ airline pilots.