5 Helpful Tips On How To Become A Firefighter 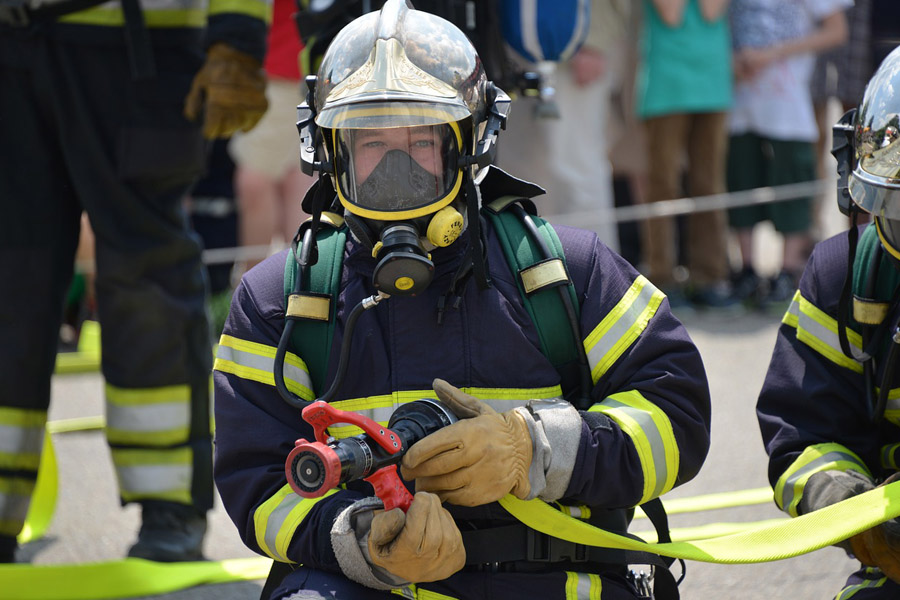 Learning how to become a firefighter can be a tremendous career changer. Firefighters are highly trained professionals whose primary duties include putting out highly dangerous fires which are capable of inflicting serious harm to people, property, and the environment. Also, firefighters are also trained rescue people (including pets) from life-threatening situations.

Becoming a firefighter is an excellent way to give back to the community. That said, there is a never-ending need for dedicated firefighters, hence, being a firefighter can be a gratifying career. Not only will you be making neighborhoods safer, but you'll also be teaching the youth how to be safe in dangerous situations as well as how to prevent fires. 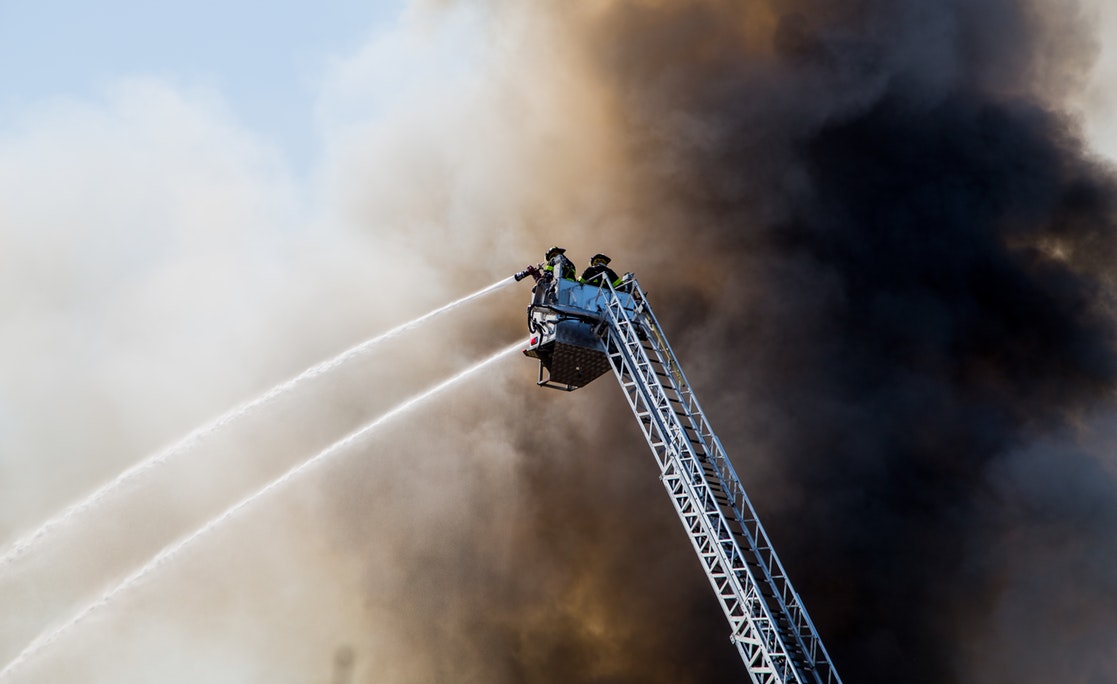 Modern professionals undergo serious training when learning how to become a firefighter, which enables them to respond to numerous types of emergencies adequately. Fighting fires are only the primary duty of firefighters today. They are also responsible for sharing fire-safety related education to the public, rescuing people, domestic pets, and treating severe injuries before the emergency medical technicians arrive on the scene.

Due to the extreme importance of responding as quickly as possible to fire situations, many firefighters today are on call 24/7, which means, even while off-duty they are required to be on call all hours of the day. Some firefighters have bunks at their respective fire stations, that way they can react to emergency calls quick, fast, and in a hurry.

Much of the work that firefighters do is entirely visible for the public. However, that is far from the case with some of their duties. For example, in addition to rescuing folks, putting out fires, and teaching people how to react in fire hazard situations, they are also responsible for additional tasks like maintaining their firetrucks and firefighting equipment as well as working with state, federal, and local authorities in the event of suspected criminal activities such as serial arson.

That said, the most capable and dedicated firefighters are moved up the ladder of command and given more responsibilities as time passes and their level of experience grows. Eventually, with enough dedication, the most knowledgeable and experienced firefighters can gain the rank of fire chief.

Why Become a Firefighter?

Firefighters are amongst the most respected public servants in the world. Without firefighters, naturally occurring fires, as well as human-made fires, would claim thousands of more lives each year. Furthermore, the general public wouldn't stay so well educated about fire-safety including how to react in the case of a fire. For example, if you grew up in the states, you're more than likely familiar with the term taught to millions of school kids by firefighters: stop, drop, and roll.

There are numerous reasons why someone would want to learn how to become a firefighter, whether to save lives, serve the greater community, or solely for the thrill of fighting the extreme nature of fire itself. Considering a career as a firefighter is a serious decision to make. The job is dangerous, for example, in 2017 60 firefighter's lives were lost while battling blazes. Some years, the number of fatalities among firefighters is closer to 100.

The primary responsibilities of a firefighter go well beyond merely combating fires. Firefighters are required to perform first aid and life-saving medical techniques, rescue people from burning structures, clean and maintain their fleet of vehicles and arsenal of firefighting equipment, and much more.

Additional duties of firefighters include:

Steps to Becoming a Firefighter

Depending on the city and state that you reside in, or are looking at becoming a firefighter in, the requirements for becoming a firefighter vary greatly. Some areas only require firefighter candidates to be a legal adult (18 years old), take a physical exam and a drug screening. While other fire stations need quite a bit more, such as higher education, extra training, and legal EMT status.

That said, here are the necessary steps to becoming a firefighter in the United States: 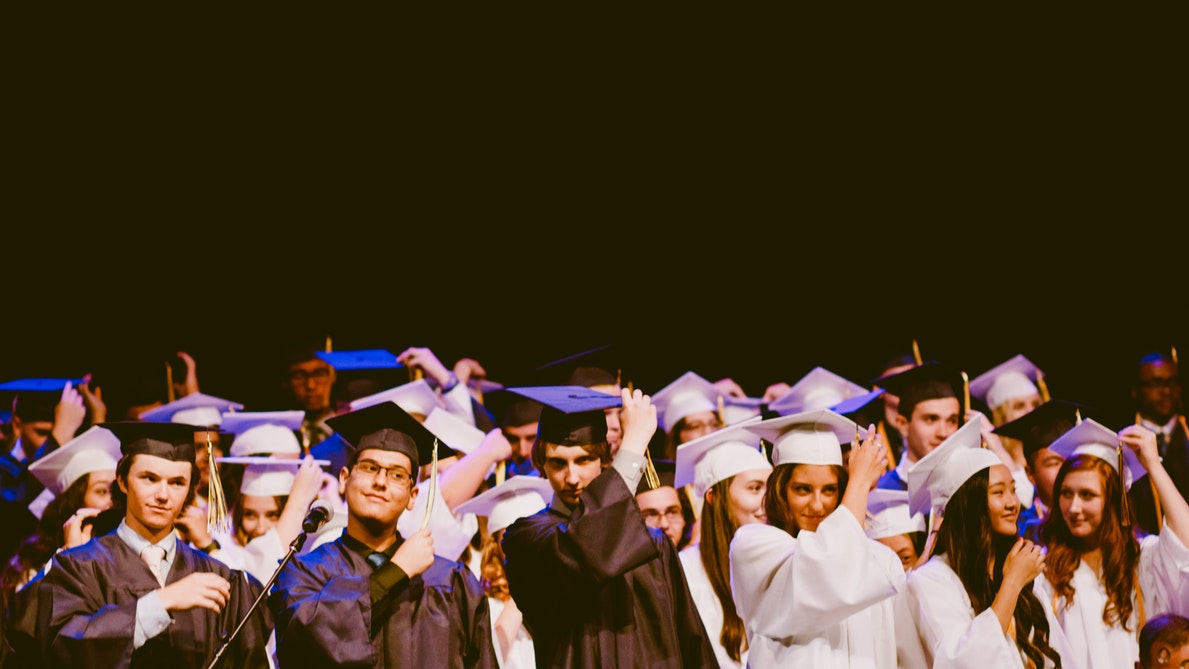 Each fire station has their requirements for becoming a firefighter and joining their department. For the most part, the essential elements are the same all across the board: be of legal age (18 years old), hold a valid drivers license, and possess a high school diploma or GED. Also, most fire departments have a maximum age limit for becoming a firefighter as well. Usually, it falls between 28 and 32 years old.

Take and Pass the Required Tests 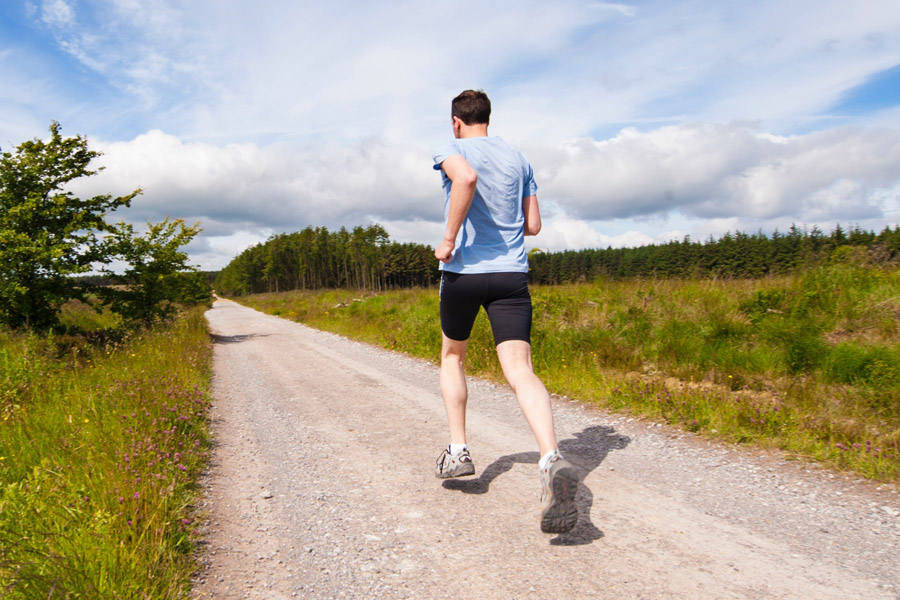 Most fire departments require candidates to pass a minimum of two tests before being accepted into official firefighter training. One test is a written exam covering subjects like reading, writing, logic, memory, and mechanical skills. The other test is a timed physical exam which consists of several feats including lifting a minimum of 200 pounds, running up and down several flights of stairs, and a long distance run. Depending on the specific fire station you're interested in joining, there may be additional tests as well. 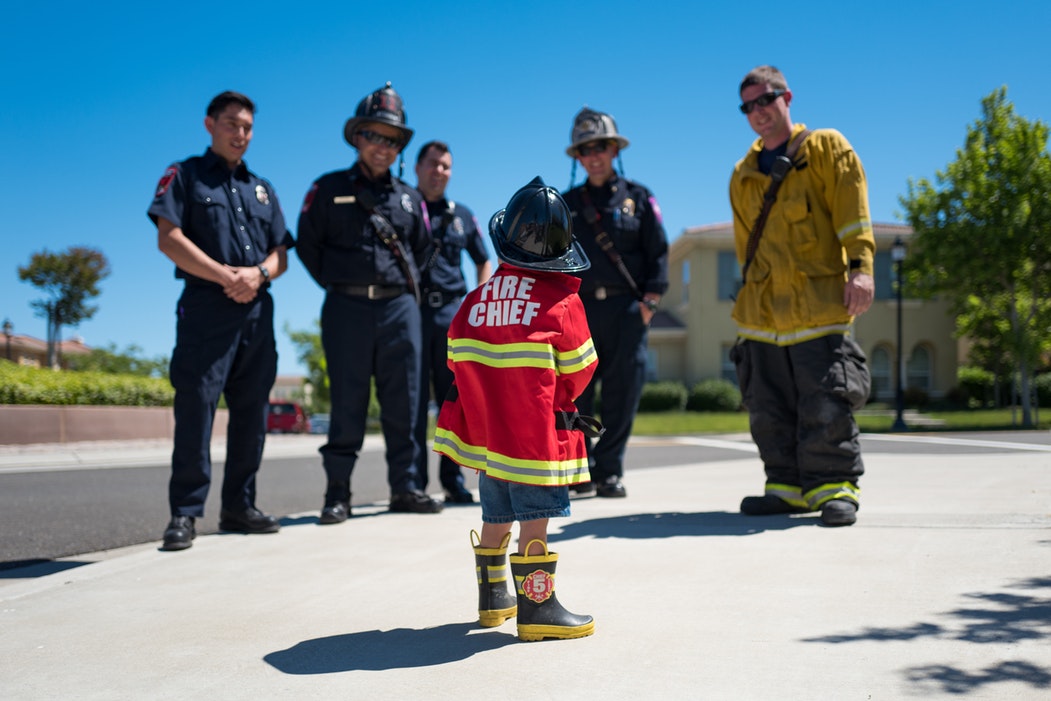 Get Certified as an EMT

Another consideration to make when planning a future career as a firefighter is the fact that many fire departments require all of their firefighters to get certified as an EMT before joining the department. Other fire departments don't require EMT certification. However, most of them do need some minimal medical training which usually occurs during firefighter training.

Attending a community college or university and attaining an associate or bachelor's degree, while not a critical requirement, will also further your eligibility with most fire departments. Not only will a college degree help you get accepted, but it will also help you move up the ranks faster than those lacking higher education. 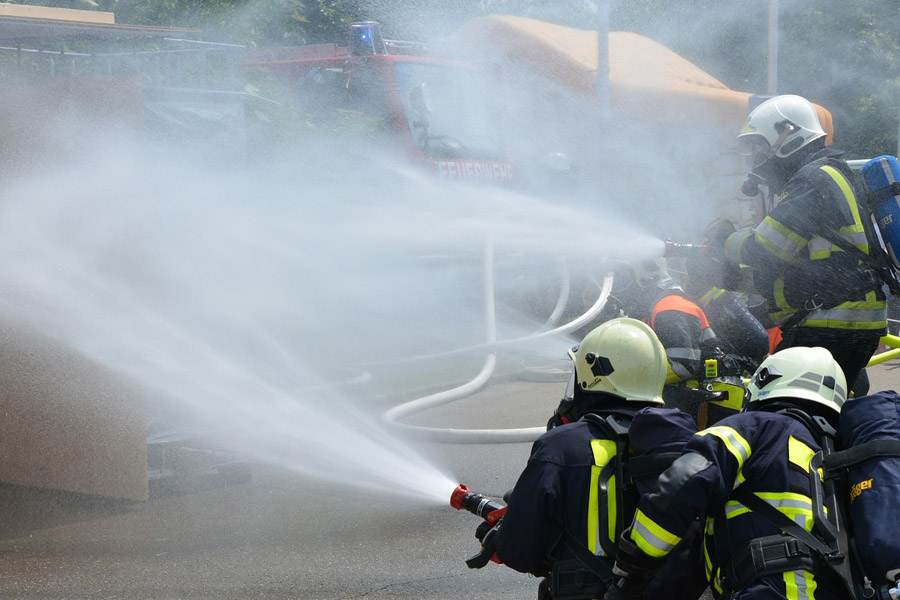 Now that we've covered the basic job description, as well as the steps to becoming a firefighter, let's have a look at few of the most frequently asked questions that people have about becoming a fireman.

How much money do firefighters earn?

The average salary for firefighters in the United States (according to the Bureau of Labor Statistics) is approximately $47,000. However, the size and location of the department, as well as training and experience, dictate how much each firefighter earns. That said, trainees and first-year firefighters can make as little as $20,000 or less. On the other hand, new firefighters in Seattle bring in a whopping $72,900 their first year.

How long does it take to become a firefighter?

Depending on the city and state that you intend on becoming a firefighter in, the amount of time that training lasts will differ — many firefighters complete training in as little time as three to four months. However, obtaining an advanced fire science degree, or a relevant masters degrees, as well as completing the local application and training, can take between four and seven years.

How much does tuition cost to become a firefighter?

Where and how can I apply to become a firefighter?

Becoming a volunteer firefighter, on the other hand, has never been easier thanks to the National Volunteer Fire Council. Just pick up the phone, and call 1-800-FIRELINE, or visit makemeafirefighter.org and follow the instructions. After you've completed all the required information, your info will be passed along to local fire departments which will then contact you about becoming an unpaid firefighter.

A Final Word About Becoming a Firefighter 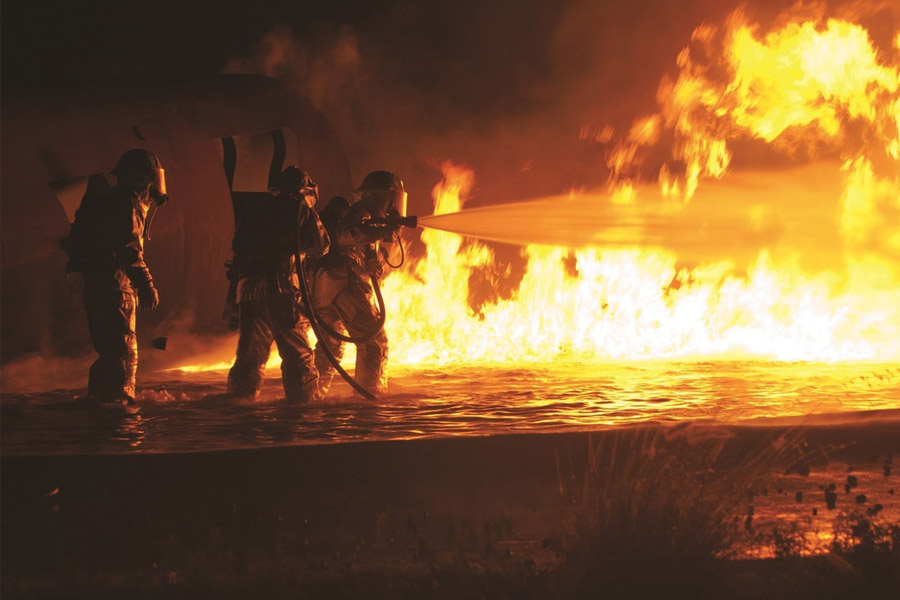 Firefighters are well-respected professional in almost any community. These selfless professionals sacrifice so much for the greater good of the general public. No amount of money can justify putting one's life on the line day after day, yet, fire fighting professionals around the world carry out their duties unwaveringly, and in many cases, without receiving a paycheck. It's no surprise that many children's first heroes are firefighters.