↓ Skip to Main Content
Home › Blog › Avoid Student Loan Debt Pitfalls: How to Find a Career with a Living Wage

Avoid Student Loan Debt Pitfalls: How to Find a Career with a Living Wage 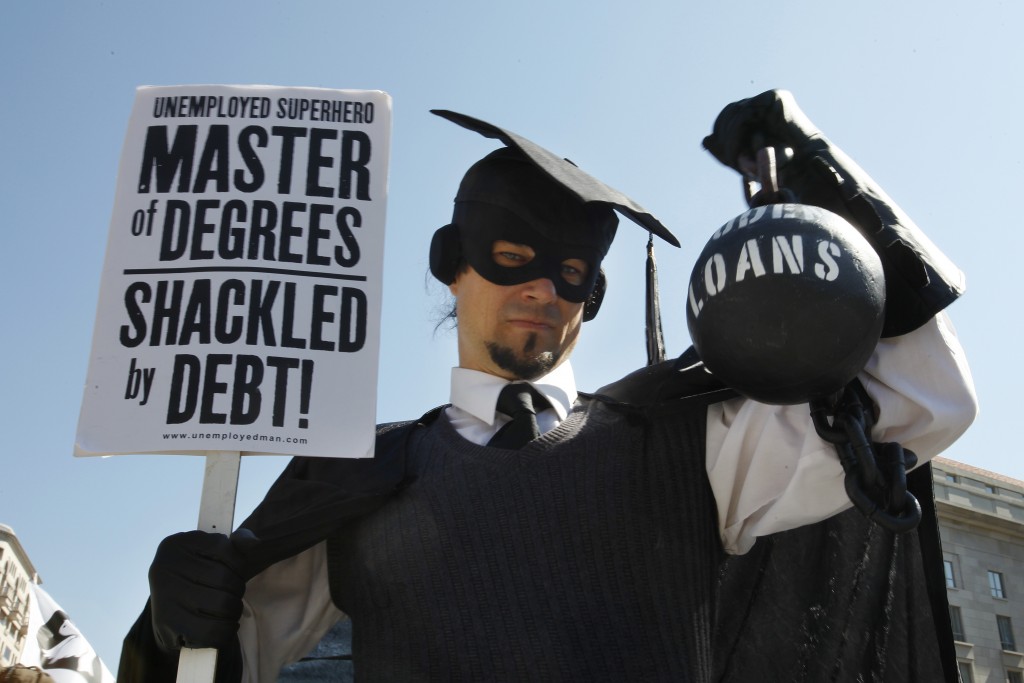 Expensive college tuition costs have become the norm for prospective U.S. college students and graduates. Collegetuition debt is literally prohibiting young graduates from moving on with their lives. The complex nature of this issue isn’t helping numerous families across the United States. Many people are left wondering how they can avoid student loan debt pitfalls. These people would love to know how to find a career with a living wage. Recent reports of tuition fees being on the decrease may provide a ray of hope for those facing debt. But, many of these reports fail to tell the whole story. The tuition fee ratio increase for 2013 was the smallest one since the mid 70’s, standing at only 2.9 percent. However, grants and other financial aids are not keeping up with the increases in tuition. That leaves most families paying more for the cost of college in 2013 than they did at the peak of the recession.

Since financial aid may not be an entirely viable solution for cutting college costs, prospective students need to look elsewhere for relief. In today’s post, we explore several options to avoid student loan debt pitfalls. We’ll also tell you how to find a career with a living wage. To start, tuition costs can either be minimized from the get-go, by choosing an affordable school or major, or they can be attenuated after graduation, by finding a career with a living wage. 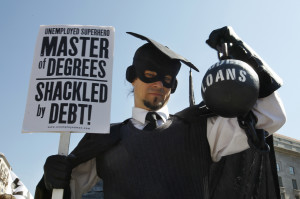 The reality of America’s high price of college tuition and massive student debt is jarring. Over the ten years that elapsed from 2003 to 2013, it has more than tripled. Tuition debt skyrocketed from $230 million a decade ago to $1 trillion today. Of course, not all schools are equal in terms of costs. Depending on your subjects of interest, you can (and should) look for more affordable schools. The top U.S. business school with a lower price tag is Eastern New Mexico University. Future accountants will get away with paying a smaller tuition fee at Western Governors University. The most affordable engineering program is offered online by the University of South Mississippi. Prospective healthcare majors should look into the low tuition expenses at Columbia Southern. Fort Hays State University offers several affordable online programs for IT and CS students.

The trick is to find a career with a living wage. The term ‘living wage’ refers to a level of income that can ensure a comfortable standard of life. This wage is able to pay for housing costs, utility bills, and everything else required for such a ‘comfortable’ lifestyle. Naturally, certain careers are better suited for providing a living wage than others. One certain way to minimize student debt is to find a job in a high-paying career track. However, a perspective student must be wary of emplo

yment rates continue increase in certain fields. It makes no sense for a prospective student, threatened by the spectrum of college debt, to pursue a major in a field in which they are unlikely to find a job due to high levels of competition.

So, what’s your best bet? We here at QE&J say you should find a happy medium between what you love (or the are you excel) versus majoring in a field that has the potential for high rates of employment (and high paying positions). While certain Liberal Arts might sound appealing and carefree, you should consider the fact that some of the best paying jobs are in the healthcare field. The top paying job in the U.S., according to data published by Forbes, is anesthesiologist; the same list also includes internists, family practitioners, obstetricians and gynecologists, surgeons, G.P.s and psychiatrists. Perhaps more importantly, the medical field is expected to see a steady employment increase of about 20 percent in the decade between 2012 and 2022. That rate of increase is higher than the national average for all the other fields of employment in the country!