On September 4, 2014, the Bureau of Labor Statistics released its Employment Report for August. While this report has been met with mixed reactions, the report indicates that most industries are still adding jobs. However, some notable and persistent exceptions exist in the movie industry. The BLS report shows that recent economic changes caused a decline in the movie industry employment. Overall, the report indicates that there were 142,000 new non-farm payroll jobs added in August; unemployment stagnated at a rate of 6.1 percent. These changes show an overall slowdown in increasing employment which is still encouraging in the wake of the global economic downturn. However, most analysts agree that this is not yet cause for major concern. On the other hand, the movies continue to be one of the biggest job losers across all job industries. This job loss prompted some alarmed reactions from Hollywood.

The Movie Industry Employment Downturn and What It Means 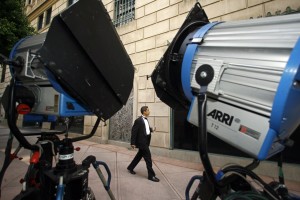 According to the US Bureau of Labor Statistics, the movies weren’t the only industry to lose jobs. Retail fell by 8,400 jobs in August. Transportation only added about 1,200 new jobs. However, both these industries previously added a massive amount of jobs through the previous months. So, this slowdown is understandable to a certain extent. The same cannot be said for the motion picture and sound recording industry. Not only did it shed 6,000 jobs in August, which amounts to 2.0 percent of the industry’s total number of employment positions, but it has also lost some 18.6 per cent of jobs over the past two years. The number of jobs in this sector reached 298,000. This figure represents a sharp drop from the 368,000 jobs it boasted two years ago.

Who or what is to blame for the massive and sustained loss of jobs that Hollywood is currently experiencing? Is online piracy taking that big of a toll on the movie/music industry, or is the industry itself simply failing to move ahead with the ever changing technology of our time? More likely, the cause of this downturn stems from the big wages that these industries have grown accustomed to (during both the global financial crisis and its aftermath). These employment industries may be suffering due to the extremely high earnings of the employees at the top of these industries. This is finally taking a toll on the industry’s employment levels. In early September, Time Warner’s Warner Bros. announced it would offer some of its staff buyouts; the company plans to fire some of its employees if too few of them take up the buyout offer. The company is but one of many in the field which make desperate attempts to offset these insanely large executive salaries with acceptable profit margins at the bottom.

While Hollywood performs so poorly, other industries continue booming. At the opposite end of the spectrum lies the health care industry. In August, this industry managed to add 34,000 new jobs to the U.S. market; before your predictions become too optimistic, pay attention to the wisdom from job market experts. This sharp increase is probably an aberration, to be chalked up to seasonal changes in the field. These experts predict that the changes will likely be offset by more moderate job growth over the coming months.

However, the overall trend of employment growth also points to the fact that Hollywood is collapsing under the weight of its own wealth and greed. The proof is in the pudding considering the current estimates pertaining to wages in the movie industry over the coming months. As employment analysts quickly point out, strengthening of the employment market overall has not led to massive wage increases in lower and middle levels of any job industry that would threaten to destabilize our economy. In fact, wage increase levels grew slowly over the past year by 2.3 percent. This figure nearly matches last year’s 2.1 percent salary increase margin to a tee. While the overall slowdown in terms of job growth took some by surprise, many experts view the fast increase of the U.S. economy during the year’s first half as the truly shocking occurrence. A pace of economic growth that stays at or around 2.5 percent will continue to generate 1.4 million new jobs per year. A faster growth rate in new jobs will outpace the projected level of GDP increase and cause a fall below 200,000 per month. Besides the movie industry, our economy is still booming. And even at that, the movie industry has no one to blame but themselves. Perhaps the corporate executives over at Time Warner deserve to take a cold, hard look in the mirror? Will they like what they see?