↓ Skip to Main Content
Home › Blog › When Is the Right Time for Declining a Job Offer?

When Is the Right Time for Declining a Job Offer? 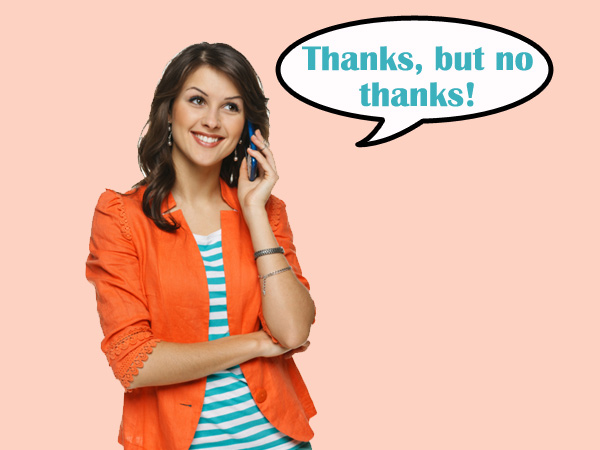 In today’s economy, when the activity known as ‘job hunt’ is actually something pretty fierce indeed and worthy of its name, finding a job or getting a job offer is a rare victory. That’s why it’s almost implied that all such job offers must also be accepted, especially since they’re something you may be interested in, since you probably applied in order to be considered for them in the first place. But are things really that linear? Declining a job offer may seem counter-intuitive, but sometimes, it’s recommended, since it can enable you to reach greater heights than if you would just get buried in that position. These are the top 4 situations when to turn down an offer is actually the recommended path.

No matter how much you think you may need that job, it’s still better to wait for something paid according to the market standards rather than accept something with a lower pay. If you do that, you risk damaging your long term earning prospects much more than just by waiting out another couple of months (if you can hold out a bit longer). At the same time, a dubiously high salary (way over the market level) is also a sign of even more trouble. If you’re wondering how to turn down a job offer with such a high pay, just do it and never look back, you’re still better off than in whatever complications you would have certainly found yourself in.

2. The employees complain about the work-life balance

If a company is notorious for its bad work-life balance, or if the employees casually complain about it on forums and specialized websites, then it’s clearly not a good idea to start working for them. Also, you should have a clear idea of what you want and need: some people are fine with fixed 9 to 5 schedules, while others still need a bit more flexibility to accommodate some of their other projects or demanding personal lives. Whatever the case is, you need to make sure the job you’re considering taking can accommodate these needs. Otherwise, turn down job offer before it unbalances your life too much.

3. The company’s financial news are bleak

Even if the pay seems to be well-suited to the position (considering what the other companies on the market are offering for similar positions), if the company’s financial data seems to indicate a drop (in sales, or other revenues, or anything else like that), then this is another no. You wouldn’t want to be forced to abandon your new post after just a few months or a year on it, because of the company’s impending financial ruin. Knowing when to turn down an offer is just as important of a skill as knowing when to leave a job which has been preventing you from growing.

Signs of a financial disaster soon to come sometimes don’t prevent companies from hiring new people (perhaps even in a desperate attempt to get the job done for less, or of turning back the trend). Turning down a job offer in these circumstances is more than understandable and even highly recommended. If next year you will find yourself in the position of job hunting again, but this time with the last job in your resume held for less than a year, you may find it harder than now to get the job you need and deserve.

4. You don’t fit in the scenery (company culture)

This last addition to our list may seem like a passing fancy, but trust us: it’s not. If your gut feeling is telling you that you’re not a good match for the company culture in your potential new workplace, go with it. People with similar experiences, who chose to toughen up and just go with the flow in the hopes that this detail won’t turn out to be that important in the long run, or that they will adapt to the environment eventually, say that turning down a job offer would have been much easier than everything that followed. Being the wrong person in the wrong place, no matter how good your intentions are, can make you look incompetent even when it’s not the case, as well as seriously damage your work-life balance. Avoid the unnecessary stress by declining a job offer that may cause you more harm than good.