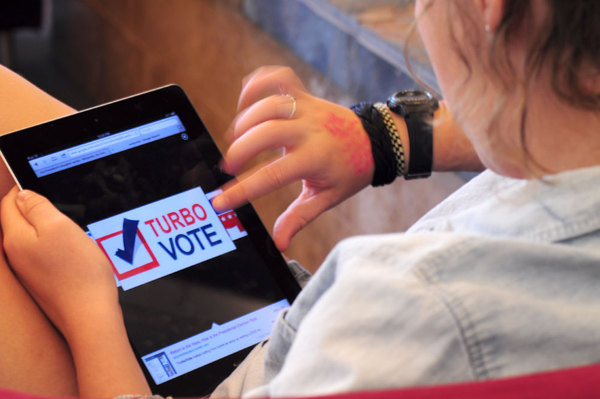 Two universities from Ohio recently partnered with the manufacturer of an electronic voting system to make voting easier for their students. The University of Akron and the Case Western Reserve University announced on Monday, September 22nd 2014, that they opened up the possibility for students to cast political votes without leaving their dorm rooms. The brand new system enabling this kind of tele-voting is called TurboVote. TurboVote is an electronic platform which university students will first need to register with before casting a vote. For students, the registration on TurboVote is free. The application was developed by Democracy Works, a not for profit, non-partisan organization committed to helping potential voters exercise their democratic right easier. The NGO currently has a partnership with about 180 universities. 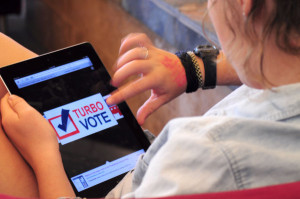 After the students from the two universities register with TurboVote, they may request voting materials and an absentee ballot to be sent to them at whatever address they consider to be their permanent residence. This residence may include their dorm’s address. When they sign up, the application keeps track of all the elections in which the students participated in (including local, state and national elections). All the forms and information requested by students from Democracy Works through TurboVote will be sent to them afterwards with pre-addressed and pre-stamped envelopes. Before every election, the students also receive text and email reminders, with all the necessary information, dates and deadlines.

The manufacturers of TurboVote hope that this system will make student voting easier and decrease voter absenteeism from this demographic segment. Up until now, the fact that students reside in dorms and needed to travel quite a bit to be able to vote led to many students outright passing on their right to vote in the elections. Hopefully, the efforts of Democracy Works will make student voting easier and more students will join in our democratic process.

The TurboVote online application comes available with options for English or Spanish. Democracy Works first launched this system back in 2010. According to Democracy Works, the project started after the company’s founder, Seth Flaxman, realized how many elections he missed during his time in college. From that point onward, he decided to help build a system that would bring all the advantages of the internet to the process of elections and student voting in particular. Since the project apparently became popular with quite a number of educational institutions, voting may just get easier for young adults all over this country.

The University of Akron and Case Western Reserve University serve as examples of the two most recent additions to the collaboration pool of TurboVote. Both Ohio universities signed up to pay a fee of $1000 annually. This fee could eventually rise further in the future depending on how many students decide to register. We enjoy the fact that these universities are making such a strong effort to encourage student voting. Making voter attendance easier for students serves as great step forward within building a more flexible democracy.

If you want to try out the system, you can find out if your school is affiliated with the TurboVote project directly on their website. If your school is among the 180 institutions already registered with the application, you should be free to use the system which brings easier voting directly to your doorstep. The information students enter will also be encrypted and deliberately not stored by the system. These steps will be taken in order to ensure the private data handled is as safe as possible. If the project will be adopted further by other universities, this might just become the future trend for all elections.