PayScale.com List of Worst Colleges in the US Is Inaccurate 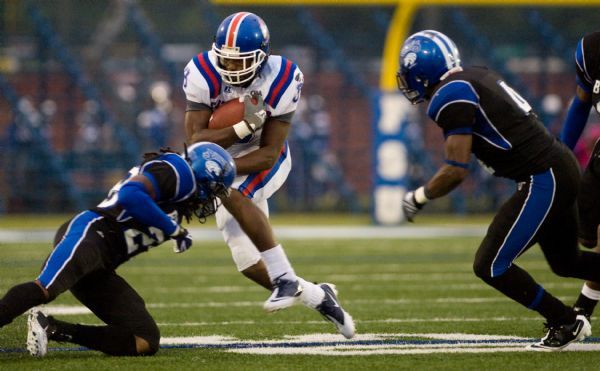 Online salary, benefits, and compensation company Payscale.com set out to determine college ROI (or return of investment) for schools across the country. Payscale conducted this survey to discover where American college students can get the most valuable education for their money. The website produced a report which lists all of the schools in the U.S. The site ranked these schools by the ratio between their total tuition costs and the earnings of the schools’ alumni. They factored in schools which offer financial aid (and those that don’t), schools that provide on-campus/off-campus accommodation, as well as private/public schools. Finally, the interactive report also calculated ROI based on school category and major. Each year, the website pools tuition and earning data. The amount of necessary information amassed must meet certain criteria for inclusion in order to stop short of the service’s 10 percent error threshold.

For prominent schools, the system above might work. This system is particularly problematic for smaller schools. An error threshold as high as 10 percent could make a big difference for these schools. For this article, we will not factor in out-of-state school prices. These prices are naturally higher. We will examine the bottom three worst colleges in the US according to the PayScale.com system. These schools supposedly provide the lowest ROI and have been deemed the least valuable schools in the county. But are they truly that bad? Or, do they simply provide other advantages for graduates which are less tangible than money? We believe the PayScale.com List of Worst Colleges in the US Is Inaccurate.

Shaw University, located in Raleigh, North Carolina, is a private, religious, liberal arts school. It also happens to be the oldest historically black institution of secondary education in the Southern United States. According to PayScale standards, it ranks at the very bottom for overall college ROI, for not-for-profit university ROI, and for mid-career salary rank. Yet, with an academic staff of 179 and roughly 2,000 graduates ever year, this school is notable for its historical and societal importance. Academics have deemed the school ‘the mother of African-American colleges’ in the United States. Furthermore, the founding presidents of the other HBCUs in the area (including Fayetteville State U. and North Carolina Central U.) were all Shaw Graduates.

The university played a major part in the 1960s Civil Rights movement and served as a co-founding member of several African American athletic associations. Today, it holds several CIAA titles in various sports. It is the recipient of various grants for anti-discrimination programs and research in groundbreaking technologies. With Shaw University ranking so low on the PayScale.com list, we can’t help but wonder if racial aspects may be playing a role here.

Bluefield College is a small, Christian, liberal arts college located in the small town of Bluefield, Virginia. Bluefield College provides 22 majors. It was founded in 1922 after land and funds were donated by the town’s residents for this very purpose. In 1975, it redefined itself as a 4-year college. Though still small by contemporary standards, it is certainly notable for several things in the academic world. Among other things, the then future Nobel prize winner, John F. Nash, took math at Bluefield. At the time he attended, the school was still a two-year junior college. He mentions the school in his autobiography for the Nobel Foundation. Nash explains that his extra studies had endowed him with advanced knowledge and ability before enrolling at Carnegie. In 2011, Bluefield College started offering online bachelor’s degree programs. It now ranks as one of the Best Online Bachelor’s Programs in a recent U.S. News and World Report. Bluefield offers four online bachelor’s degree programs. It also offers online master’s degrees in Education and Nursing. 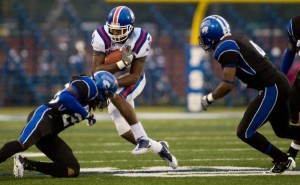 Fayetteville State University, the second oldest state supported school in North Carolina, is a historically black university located in the town of the same name. The school was founded following the establishment of the first ever teacher training institution in North Carolina. Decades later, in 2003, Fayetteville became the first UNC school to be run by a female African American president. Since the mid-1990s, this regional school ran a community outreach program aimed at children at risk in public schools. With over 5,000 students, 43 bachelor’s degree programs, 23 Master’s degree and one doctoral degree, this is one of the most active HBCUs in its area.

In our opinion, the PayScale.com system, which is strictly based on costs and alumni earnings, is massively flawed. For one thing, it takes into account sticker tuition prices. Few students actually end up paying the full price due to instate tuition discounts and financial student aid programs. Numerous state schools provide deep discounts for in state residents. These discounts greatly increase the school’s ROI. Furthermore, the top ranking schools are all highly selective of their students. The ‘bottom’ schools are inclusive and community-oriented. While the PayScale system can be used as a gross approximation of college graduates’ quality of life, it’s worth bearing in mind that it overlooks a lot of particulars. Quality of life is not simply determined by salary alone. Nor can it be determined simply by the amount of debt one graduates with. PayScale’s system displays a clear bias against small, liberal arts schools, which may contribute to society in other ways such as charity or academic research. The life lessons a graduate may take away from smaller schools such as Fayetteville State may be intangible from simple ROI charts. As such, PayScale’s systems should be considered with a grain of salt.