↓ Skip to Main Content
Home › Blog › Is There Really A Staffing Surge In Education?

Is There Really A Staffing Surge In Education? 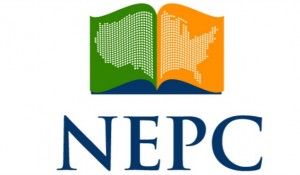 In a recently published report stated that the # of employees employed full-time by the American school system had grown 2.6 times as fast as student growth during the period of 1992-2009.

However, the report by the Friedman Foundation for Education choice also showed that the extra staff didn’t actually improve academic outcomes. The report, entitled “The School Staffing Surge”, argued that the government could have saved a significant amount of money with virtually no effect on education, had staff growth rates remained constant with student growth rates.

In the follow up report, the Friedman Foundation went into further depth, breaking down the data from the initial report and also addressing a number of criticisms of the initial study. However, the follow up study still failed to address criticisms that there was in fact substantial improvement in terms of school dropout rates, as well as student achievement reports during the period covered in both studies.

The stats from sources like the Department of Education as well as from the National Center for Education Statistics in fact show that there has been a significant improvement in student performance and outcomes from 1973 to 2008, especially when it comes to achievement gaps associated with minority groups and income levels.

Without a more in-depth look at the actual needs and unique circumstances of each state, “The School Staffing Surge” and its follow up simply cannot draw any useful conclusions.The follow up report suggests greater choice in schooling options, such as more charter schools as well as government vouchers for private schools, despite their being little to no evidence that private/charter schools actually offer an efficiency advantage in terms of student outcomes.

While there is no doubt room for improvement as far as improving the efficiency of hiring and staffing, the follow up to “The School Staffing Surge”, like the previous study, possess several critical flaws that make them less than helpful when it comes to influencing policy.