How to Become a Civil Engineer 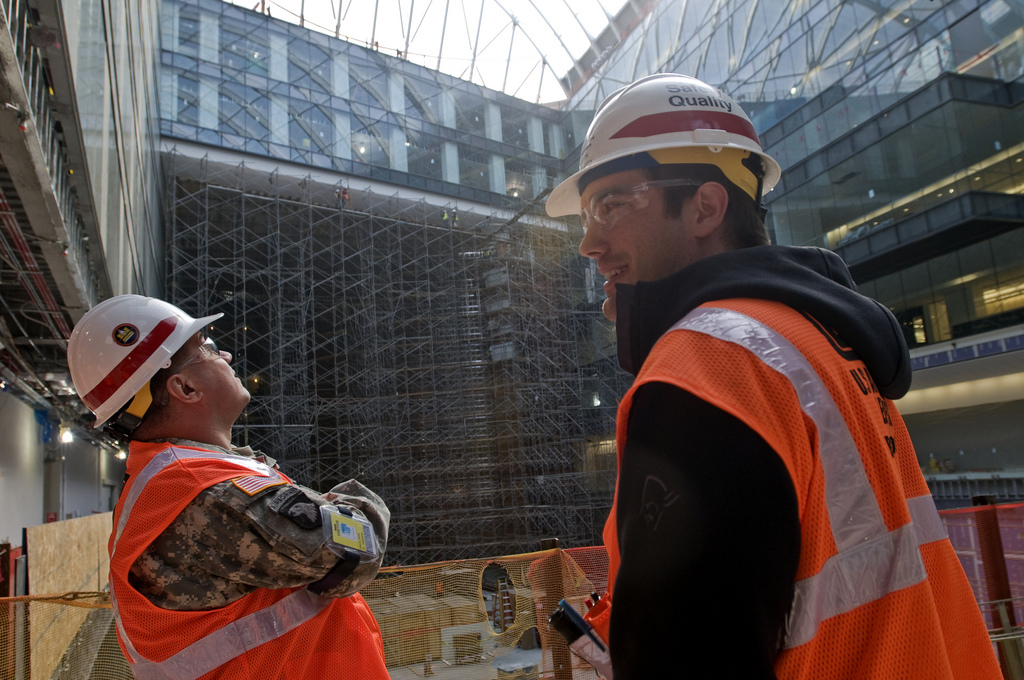 Civil engineers are the workers designing, projecting, inspecting and overseeing the construction or repair of various buildings or large systems for several purposes. These purposes cover living quarters, industrial complexes, stadiums, you name it. Basically, there can be no major building project, private or public, without employing quite a few civil engineers to work closely with the team of architects and construction teams. Find out more about the Civil engineer job description.

The median value of a civil engineer salary was estimated by the BLS* at $79,340 per year or $38.14 per hour. This is a bit less than the average for all engineers ($86,200 in the same year) but much higher than the average for all occupations (which was at a value of $34,750). The pay is attractive enough to spur quite a consistent level of competition for professionals in the field.

How to Become a Civil Engineer:

Although highly paid and quite demanded on the job market, this isn’t the highest echelon of engineering specialties. It only requires a bachelor degree in the field (4 years of study). After graduating from a bachelor program in civil engineering technology, a freshly graduated civil engineer must complete a licensing program of study, certified by the government, required in order to obtain their license of practice as a PA (professional engineer). Find out more about How to Become a Civil Engineer here

FIND LOCAL OR ONLINE SCHOOLS TO BECOME A CIVIL ENGINEER

According to the BLS*, the civil engineer job outlook should reside around the 20% mark from 2012 to 2022. This rate is incredibly faster than the average for all occupations (estimated at only 11%) and even faster than the average growth for engineering occupations (which the BLS estimates at only 9% for the same period of time). While this job may  not pay as much as other engineer positions, the rate of job growth is much more optimistic.

How to Become a Civil Engineer

Anyone who is interested in how to become a civil engineer should take some consistent mathematics and science classes in high school, followed by a bachelor program in civil engineering or a sub-specialty of the field. During this bachelor program, the student will be required to master both theoretical coursework in fields such as mechanics, statistics and math etc., and practical skills trained during laboratory hours and fieldwork. This typically takes 4 years, and after graduation the aspiring civil engineer should also complete a program accredited by the ABET in order to complete their licensing and be allowed to practice as professionals. After passing all the required exams and stages (such as becoming a civil engineering intern and afterwards a civil engineer in-training), an aspiring civil engineer may finally be licensed as a full professional. Once the practicing civil engineers gains quite a few years of experience on the job, they may apply for senior positions in project management or functional management (in areas such as design, maintenance, risk management and so on). For better networking, continuous training, support in applying to positions in the field, as well as general advice and protection from a professional guild, all civil engineers should apply for a membership to the American Society of Civil Engineers.

Being a civil engineer means being involved in construction and major engineering projects that require your vision and expertise before moving forward with anything. The Civil Engineer Job Description revolves around being responsible for the design, construction and operations supervision, and maintenance of large buildings, constructions. A civil engineer must also oversee infrastructure projects (such as water pipes, roads, airports, dams and so on). Working as a civil engineer means performing an indoor office job most of the time, and stepping outside to the construction site every now and then only for on the spot supervision tasks. Quite a large number of civil engineers don’t work on construction projects per se, but as consultants within government offices (or in research facilities, design, or education settings). Typically, a Civil Engineer Job Description also includes some administrative or supervision experience, being in charge of over-viewing the work on a construction site or even becoming a city engineer and thus taking on a more important position in urban planning. To draw more accurate lines to differentiate privately employed civil engineers from federally employed ones, the ones working in the private sector are, on average, better-paid than the ones working for the government, but the ones working in the federal sector may be invested with the extra authority of inspecting certain projects or buildings to make sure that they comply with the official regulations. There are 4 main types of civil engineers, according to the specialization: What does a civil engineer do? The typical job attributions of a civil engineer can include the following: Managing the repair and maintenance of previously constructed buildings and systems.

Job positions for the civil engineering specialty are among the most promising in the field and in the general occupational landscape as well, when it comes to job outlook. The BLS* estimates that the number of civil engineering jobs in the country will grow by 20% from 2012 to 2022. If in 2012 there were approximately 272,900 civil engineering jobs in the U.S., by 2022 we can expect to have 53,700 new ones added to those. The average job growth for all occupations is at 11% for the same time period, and the projected job growth for all engineering occupations in general is expected to be at 9%, even lower than that. This means that civil engineering is among the most promising and reliable engineering specializations one could choose, and that the country’s economy will definitely be in need of more civil engineers in the foreseeable future. This expected Civil Engineer job outlook is mostly due to the high rate of development of residential projects: the population growth and the higher living standards will lead to an increased need for spaces to inhabit and for greater ingenuity in using the available space. Also, the already aged infrastructure will continue to age, leading to a great need to manage risks, perform maintenance, repair and replacement projects for various structures such as bridges, railroads, levees and dams etc. Last, but not least, the increased concern for the environment and for minimizing the population’s impact on it will lead to a greater need to dispose of waste more efficiently, and waste management projects will require more building and greater structures being built and implemented in response to the problem. All of these facts will lead to a highly favorable professional landscape for civil engineers in the years to come. *All the numeric data in this article was provided by the Bureau of Labor Statistics (BLS), www.bls.gov.