How to Become an App Developer 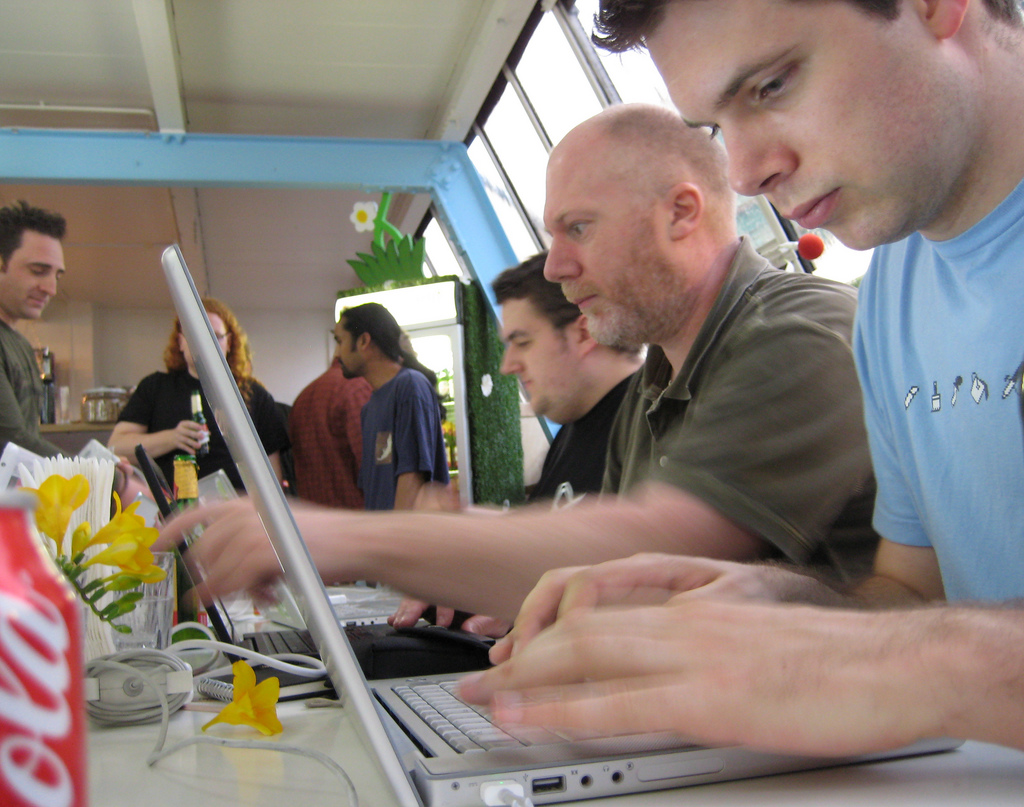 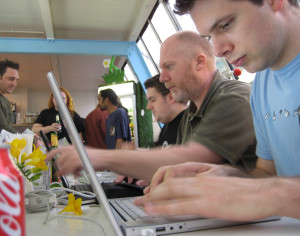 The app developer job description involves designing and creating applications for companies and businesses, testing out applications, managing apps and making changes as necessary, and more. To attain a position as a developer, you typically must possess a bachelor’s degree. Developers earn a very good salary, and can anticipate solid growth within the field which should lead to good job security. You can discover more about the typical app developer job description here.

How to Become an App Developer:

You probably want to learn how to become an app developer. To become a developer, you typically must attain an associate’s degree or (more ideally) a bachelor’s degree in Software Development, Computer Science, or another related degree from an accredited university. You also may need to become certified in specific programs following graduation. Relevant work experience is typically important to prospective employers as well. If you’re interested, you can learn more about how to become an App Developer here.

According to official data from the BLS, the App Developer job outlook should grow by 19% for app developers between 2012 to 2022. The aforementioned rate of growth is somewhat faster than the average rate of growth for all other professions (11%). By the year 2022, experts estimate that there will be approximately 135,300 more developers in the United States. Our highly informative guide will tell you all about the app developer job outlook for the future. You can read more here.

The app developer salary is higher than the average of all other occupations. The latest data calculated at a national level by the BLS, indicates that the median annual salary as of the year 2012 was $95,510. The median value is not quite the same as the value of the average salary. However, in some instances they may be relatively close. The median value indicates the middle value of all the documented salaries for an app developer in the United States. This means that half of all developers in the United States have earned a bit more than $95,510 annually, and the other half of these developers earned somewhat less. The typical developer's salary may vary somewhat based on the industry in which the developer works. Location plays a favor in regards to annual salary. The most highly paid management analysts work in New York, Houston, and Atlanta. The average annual salary for these developers may vary somewhat due to bonuses and other monetary incentives. Salary is also highly influenced by the actual employer. Developers who are just starting out in the weird earn an average starting salary of $60,000. Developers who have worked in the field for 20 or more years tend to earn somewhere around $89,000. Large, well-known companies tend to pay an app software developer with highly lucrative salaries. It is important to note that a variety of factors influence developers’ average salary.

How to Become an App Developer

If you want to learn how to become an app developer, read on! To become an app developer, you typically need to earn a bachelor’s degree in a related field from an accredited college or university. A bachelor’s degree in computer science, software development, and other related fields of study are usually most desired. In some instances, employers may prefer to hire candidates who have a master’s degree. A solid understanding of and background in computer programming is typically necessary for these developers to have. It is important for developers to be informed about the latest advances in technology pertinent to their job. For individuals who want to become developers, internships during undergraduate studies can prove invaluable when it comes time to search for a job after college. Another way to gain experience and build a resume is to learn to create apps prior to beginning a job search. There are development programs available to individuals who want to create their own apps. These programs enable individuals to create, test out, and then distribute their apps. Creating your own app, especially a good one, can prove more valuable in the job hunt than the specific degree that you hold. Many employers want to see what you can do before they hire you. It is important for developers to possess strong analytical skills, a sense of creativity and inventiveness, be highly oriented to details, have very strong computer skills and knowledge, have good interpersonal skills, and strong problem resolution skills. Developers must also have a strong knowledge about how computer hardware interacts, managing a database, allocating memory, and internet security.

The app developer job description includes designing and creating applications for companies and businesses, testing out their applications, managing apps and making changes as necessary, and more.

Typical, these type of developers are responsible for the following app developer job descriptions:

App developers must be able to work quickly and effectively. Employers may give them strict deadlines and time frames during which the app creations must be finished. Developers may create apps for a variety of platforms (phones, computers, tablets), so they must have a solid understanding of various types of technology. Developers must also have background knowledge of how to use HTML, developer software programs, and more. Developers typically work collaboratively with other developers who assist in designing, programming, and distributing the app. However, some developers may work independently on certain projects. Developers may create custom apps for specific customers, or they may create apps for everyone to use. When developers create custom apps, they typically work with companies or corporations to determine their needs for the app or apps. They then work on creating an app that will effectively meet their needs. Developers typically work full time jobs. Oftentimes, they may need to work long hours in order to complete all their work. It is not uncommon for developers to work in offices. They may work for corporations, insurance companies, etc. Depending who the employer is, some developers may be able to work from home.

The app developer job outlook is projected to grow by approximately 19% between the years 2012 through 2022. This is somewhat faster than the average growth of all other occupations. During the year 2014, there were approximately 718,400 employed these developers working in the United States. It is expected that there will be somewhere around 853,700 positions for analysts by the year 2024. It is anticipated that there will be an increasingly high demand developers due to the already high and growing demand for computer software. As the desire for more apps increase, so will the demand for developers. Companies want to invest in technology and apps that will make work more streamlined for their employees. This high demand for app development will result in excellent job security for developers. It is possible that some outsourcing to other countries will occur. However, this is not expected to be a significant problem for developers as many companies want developers who are near them to create their apps. Although no standard form or required certification exists quite yet, there are certification opportunities that may be desired or required by some employers. These certifications may give job seekers the upper hand over other qualified individuals seeking the same positions. These certification options include the certified developer certification from the Mobile Development Institute, the CompTIA Secure Mobile App Developer certification, and the Sun Certified Mobile Application Developer for the Java platform. Additionally, education and prior work experience also help set certain job seekers apart from others.