Discover How to Become a Police Officer Here 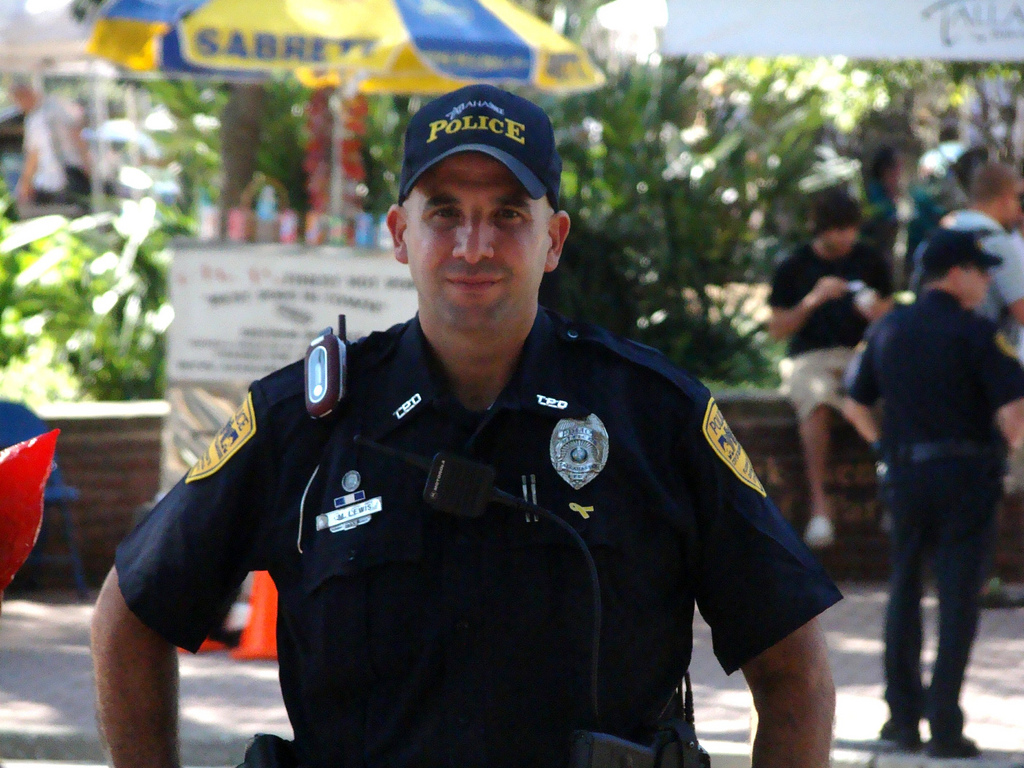 A police officer job description includes the following: to know and enforce the law, ensure the safety and security of the general population, communicate with victims and witnesses of crimes, perform traffic stops and cite those committing infractions, along with many other responsibilities. Police departments typically require shift work as it is necessary to have officers on duty 24 hours a day seven days a week. A high school diploma or GED is required; some college is preferred. Education can often be obtained through a community college or a 4-year college or university criminal justice or law enforcement program. Some cities or communities may have a police academy to train future officers. Jobs for police officers range from federal agencies to fish and game wardens. While there is not much significant growth expected, there is always a need for police officers in all parts of the country. This career path should maintain a steady growth pattern. Read more about here.

The BLS lists the 2015 median police officer salary to be $60,270 or $28.97 per hour. The bottom 10% in the field earn under $34,170 while the top 10% earn over $100,560. The highest salary would be found in high ranking positions such as chief of police or police commissioner. The ranks leading up to chief or commissioner are typically officer, sergeant, lieutenant, captain, and deputy chief. Beyond rank, pay is often dependent on years of service as well as the rank held by the officer. Salary is often negotiated between police unions and the community the police officers serve. It is fairly common for officers to receive paid overtime. Learn more about the Police Officer salary here.

How to Become a Police Officer:

Are you interested in learning how to become a police officer? To be a police officer, education beyond high school is necessary to work for most agencies and departments, often an associate’s degree or bachelor’s degree is desired by most law enforcement organizations. Programs in law enforcement and/or criminal justice are available at many colleges and universities across the United States where it is possible to receive an associate’s or bachelor’s degree. Once you are hired as a police officer, there will be additional on the job training as well as ongoing training and various certifications. Most rookie officers will begin their career by patrolling with a veteran or more experienced training officer. This will last for a designated period of time or until specific skills are adequately obtained. Our comprehensive guide about how to become a Police Officer should give you more information.

Information obtained from the BLS indicates that the police officer job outlook only predicts a slight growth of 5% over the next ten years, 2014 to 2024. This rate is below the average growth rate for other professions in the United States. The projected number of police officers is expected to rise from 680,000 in 2014 to 714,200 by 2024. Job prospects will be more readily available to those attaining a higher level of education as well as those who speak a language or languages in addition to English. While the number is not expected to increase by a large margin, it is expected to maintain an almost constant and steady need for police officers. Want to find out more about the Police Officer job outlook? Continue reading our guide here.

The salary of a police officer may seem low compared to other professions considering the necessity of police departments and the high risk associated with law enforcement jobs. According to the BLS, the median annual salary is $60,270 or $28.97 per hour. Although similar to the average, the median salary indicates that half of all police earn less than this amount while the other half earn more. Police salaries cover a broad spectrum: Various factors can determine a police officer’s income. Working for different departments, ranging from federal agencies to local police departments, or agencies may provide different salaries. Even within specific departments salary can be expected to vary by rank and years of service.2015 median wages for detectives and investigators was $77,210, followed by transit and railroad police at $59,670, and police officers and sheriffs at $58,320. On the low end of the spectrum, fish and game wardens’ 2015 median salary was $52,780. Police officers are typically provided or given an allowance to purchase uniforms and other necessary equipment and supplies. Due to the high stress and risk associated with the position, officers are often provided extensive benefits packages for themselves and their families and offered an early retirement option.

How to Become a Police Officer:

You can continue reading here for further information on how to become a police officer whether on the municipal or local level, state level, or with the federal government. The minimum education requirement to be a police officer is a high school diploma or GED; however, many agencies and departments now either require or prefer at least some college course work or an associate’s or bachelor’s degree. Entry level applicants have an advantage if they have taken some classes in the field of law enforcement. Criminal justice degrees are now offered at many community colleges as well as 4-year colleges and universities around the country. There are often scholarships and other specialized financial resources available to those perusing criminal justice and law enforcement careers. Some places have dedicated police academies that may replace college or must be attended following college course work or graduation. It is vital that police officers have a firm grasp on and clear understanding of the following topics: local, state, and constitutional law, civil rights, and police ethics. Under direct supervision, further on duty training would occur in the following areas: Another possible program to become a police officer is through a cadet program. Cadet programs require that the candidate be a U.S. citizen, at least 21 years of age, have a driver’s license, and pass vision, hearing, strength, agility, and written exams, and have no felony convictions. The candidate must also complete a series of several interviews, and pass lie detector and drug tests. Military experience is often considered an advantage for candidates. That pretty much covers all of the ways of how to become a Police Officer.

The main objective of a police officer is to protect and serve. They must protect both people and property from anyone attempting to do harm whether injury to a person or people or damage to or theft of property. Most officers wear uniforms in order to be easily identified and accessible to the public. Police officers are often held to a high standard of conduct and behavior as they should set an example for everyone they come into contact with. It is of vital importance to have good written and spoken communication skills as police officers need to speak with victims, witnesses, and suspects as well as keep thorough notes and records and frequently write reports. Specialized positions for police officers may include dedicated units such as canine or SWAT or focus on a specific type of crime such as homicide or narcotics. These positions often require additional training and passing intelligence and/or agility and accuracy tests. Potential positions for police officers are with state police, transit/railroad police, sheriffs and deputies, detectives/investigators, fish and game wardens, or federal agencies such as the FBI (the Federal Bureau of Investigation), the DEA (the Drug Enforcement Administration), or ICE (U.S. Immigration and Customs Enforcement).

The BLS shows an overall growth of 7 percent for all occupations; police officers fall below that at a 5 percent increase from 2014 to 2024. The need for police officers will always continue to increase as there is an ongoing need for the services they provide. The future of the position of police officer is especially bright for those with previous law enforcement experience, a bachelor’s degree, or military service. Especially appealing to police departments is previous experience with investigations and fluency in one or more languages other than English. The availability of jobs is also based on the area you are seeking employment. Opportunities may increase or decrease from one year to the next. The struggle for many police departments is budgetary limitations placed on them by the cities and municipalities they serve.