Do you have dreams of becoming a world renowned chef? Many old-school master chefs will state that hands-on experience in a restaurant is more important than any classroom learning. But while real-life experience is invaluable, many of the top chef’s of today possess culinary degrees from some of the best culinary arts schools in the world.

With so many new schools popping up left and right, to ensure that you’re selecting an institution with a reputation for excellence and quality training, look for schools that are accredited by the American Culinary Federation (ACF). The ACF only awards accreditation to schoools that have demonstrated a consistent track record of long-term culinary excellence. 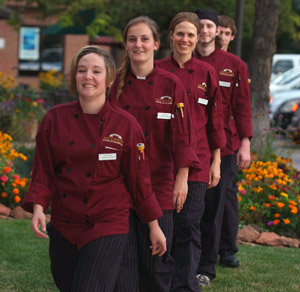 Founded in 1981, the Auguste Escoffier School of Culinary Arts has graduated world-class chefs who have gone on to achieve success all over the world. This nationally accredited institution is one of the top culinary schools in the country and offers training descended from the skills, techniques and recipes of the school’s namesake, Auguste Escoffier (1846-1935), who led the modernization of French cuisine.

The Auguste Escoffier School of Culinary Arts’s primary location is in Austin, Texas, although they also have a location in Boulder, Colorado.

Students admitted into the Escoffier Culinary Arts programs will have the benefit of a in-depth curriculum that gradually builds in complexity and scope over the course of the program. The small class sizes (approximate ratio of 15 students to one instructor) provide students with the individualized attention required to truly hone the skills and knowledge needed in a modern professional kitchen.

Auguste Escoffier also offers a world-class Baking and Pastry program for those interested in a career as a pastry professional. 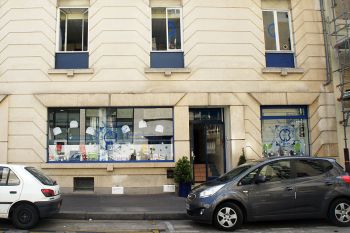 Le Cordon Blue is the world’s largest institution for hospitality education. Established in 1895, the institution boasts 20,000 students worldwide across 35 schools in 5 continents. Le Cordon Blue also has a popular online culinary program, and is considered one of the leaders in French culinary technique.

Notable alumni include Julia Child, who is widely recognized as the figure who brought French cuisine into the American mainstream with her cookbook – Mastering the Art of French Cooking – and her TV show The French Chef. She attended the school in the 1940s.

Le Cordon Blue College of Culinary Arts locations in the United States include:

Some of the world-class staff at ICE (Photo credit: www.ice.edu)

The Institute of Culinary Education was founded in 1975 by Peter Kump and is among the best culinary schools in the world. The institution is located in New York City, but its world-renowned reputation means that students attend from all over the United States, as well as the rest of the world. In 2003, 2003, 2006, and 2008, ICE was finalist and winner of the International Association of Culinary Professionals’ Awards of Excellence. Many ICE alumni have gone on to international recognition as leaders of their industry.

ICE offers diploma programs in the culinary arts, culinary management, hospitality managmeent, and pastry and baking. The school requires students have at least 2 years of work experience or college in order to be eligible for enrollment. Diploma programs at ICE last between 6-13 months.

4. The Culinary Institute of America 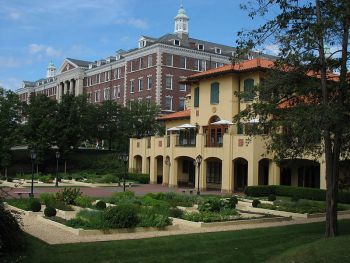 Located in Hyde Park, NY, The Culinary Institute of America was founded in 1946. The school now has satellite campuses in San Antonio, TX, St. Helena, CA, and Singapore.

The college boasts the largest staff of ACF Certified Master Chefs, and is a non-profit college with the stated mission of offering the best professional culinary education in the world. The CIA offers certificate programs, as well as associate’s and bachelor’s degrees in the culinary arts, culinary science, and baking and pastry arts. Admission to their degree and certificate programs is open throughout the year at all 3 American campuses.