How to Begin a Professional Career as a Zoologist

QualityEducationAndJobs Team Posted on August 26, 2013 Posted in Biological and Biomedical Sciences No Comments 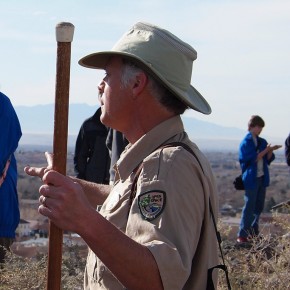 What Does A Zoologist Do?

A zoologist is a person who has completed at least a bachelor’s degree in zoology or a related area. A zoologist studies the habits of animals, sometimes specializing in a particular type of animal, in an effort to learn more about the species and conduct specific research regarding animals.Read more.

A zoologist must obtain a bachelor’s degree in zoology or a related field, taking approximately four years to complete. To increase one’s opportunities for employment, many individuals interested in zoology proceed to get a Master’s Degree or even their Ph.D. degree. Read more.

The job outlook for zoologists is not great: the outlook for new job opportunities indicates only an expected 5% increase in jobs between 2012 and 2022. Unfortunately, the Bureau expects financial constraints and budget cuts in government’s revenue to stifle the creation of jobs in this field. Read more.

How much do zoologists make?

The median annual wage of zoologist was $57,710 in 2012. The median wage refers to the middle range of income: half of the zoologists currently employed earn less than that amount and half of them earn more, based upon statistics from the US Department of Labor. Most zoologists work full time jobs with hours spent in the field. The lowest 10% earners in the country held an annual wage of $37,100 when starting out. The top 10% of zoologists holding a doctoral degree can earn $95,430 or more per year.

How To Become A Zoologist

In order to obtain employment as a zoologist, individuals must obtain a bachelor’s degree in zoology. This involves completing the university’s requirements for the degree, which typically takes four years to complete. Someone interested in preparing for a zoology degree may apply for employment at a zoo or other animal park before starting college. Many zoos offer internships for high school students interested in animal studies or for college students seeking a degree in zoology. Some communities have wildlife rescue centers which solicit volunteers, which is a good way to obtain experience in dealing with wildlife and in making observations about wildlife behavior. How long does it take to become a zoologist? Since a bachelor’s degree is required for the typical zoology job, someone seeking to be a zoologist must expect to spend four years in undergraduate school.

To be a zoologist, a student must complete a bachelor’s degree program in zoology or a specialized field such as marine biology. Students can expect to take courses in biology, anatomy, ecology and wildlife management. Zoology students will also take courses such as statistics and mathematical analysis. A typical bachelor’s degree program will take four years to complete. The student can expect the training to be a mixture of classroom study, laboratory skills and outdoor training to develop wildlife observation skills. For example, a student interested in marine animals may take courses in scuba diving in order to enhance their desirability as a candidate for a job studying whales. Advanced degrees, such as a Masters or Ph.D., would increase the individual’s consideration for jobs which allow the individual to conduct independent research or even teach college or university courses.

There is currently no national certification requirement for zoologists. Certain specialties within the field of zoology may have certification available. For example, someone interested in wildlife biology may seek to obtain certification from the Wildlife Society. This could increase one's value to an employer, as it would demonstrate an advanced level of knowledge, experience and a professional commitment.

There are currently no requirements for special licensing of zoologists in the United States.

What is a zoologist? Zoologists are people who study animal characteristics, habitat and biology. Zoologists generally enjoy observing animal behavior and are interested in investigating changes in that behavior. Careers in zoology include zoo curators, independent environmental researchers, dolphin trainers or college professors. Someone interested in becoming a zoologist could expect to work in a variety of environments. They may find work in an office or a lab, in a zoo, or spend most of their time outdoors. Someone pursuing a career in zoology should expect to spend substantial time outside: A zoologist could end up gathering data and doing research in a remote environment, on a ship at sea, in the Arctic or other harsh climate. A zoologist must be able to make wildlife observations, compile data, analyze the data and organize the results into useful conclusions for an employer. Zoologists must be comfortable working in a team environment, must be astute in detecting subtle changes in an animal’s behavior and have good critical thinking skills in order to solve problems and make accurate observations and conclusions.

The zoology job market is expected to grow by a figure of 5% between 2012 and 2022, a figure that is lower than the normal average for most job fields. There were approximately 20,100 jobs for zoologists in 2012 in the United States. Many zoology jobs are held by state and federal employees, so there is a constant turnover of employees as people retire or move into a different field of work. More jobs for zoologists may develop as population density increases, causing encroachment upon natural animal habitats. Conditions such as pollution, oil spills, natural disasters and industrialization may negatively impact the environment. This could cause changes in animal habits that may necessitate additional study by zoologists, resulting in more job opportunities.