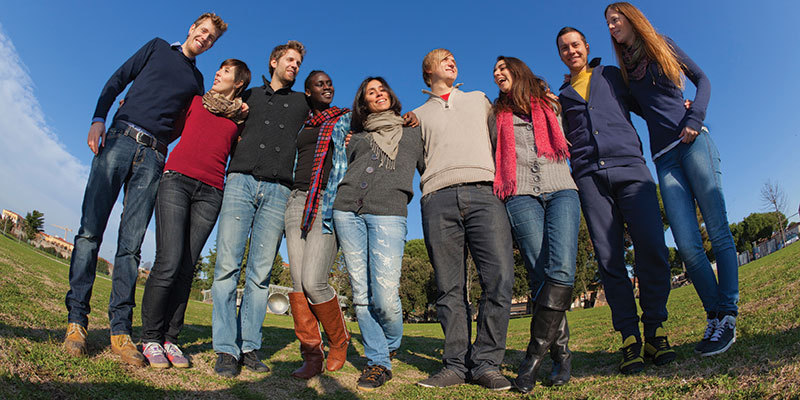 If you’re an alumnus or alumna from the college class of 2014, you’re probably searching diligently for a steady, profitable, and suitable employer. Everyone knows that the job market in 2014 is nothing like the one five years ago. Years ago, job seekers primarily moved to either the east or west coast to find a high quality job. That was the norm. Unfortunately, these states on the two coasts now rank pretty high in the least competitive job market chart for 2014 college grads. Obviously, the job market changed significantly. That’s why we put together this list of the least competitive job markets for 2014 college grads.

Given the rampant competition for jobs, many employment opportunities in this state are of lower quality; what’s more, living in these states typically carry a much higher price tag due to the extremely high cost of living. Moving there to jumpstart a career is a bad idea. Sure, these states appear to offer more job availability. But, more jobs don’t necessarily improve job market competition when so many highly qualified professionals are all competing for the same thing. So, join us as we check out the top five, least competitive states in the U.S. for finding employment. You may even want to consider heading their way if you want to find a quality job after graduation.

The seasonally adjusted unemployment rate for North Dakota in June 2014 topped the U.S. list at 2.7 percent. Rampant unemployment is definitely not an issue in North Dakota, which makes it attractive for recent graduates.  In 2012, North Dakota actually posted the lowest unemployment rate in the history of the United States: 0.8 percent for Williston and Williams County! Furthermore, the rent is cheaper than most places, and the economy is sound. If you’re looking for employment in the mining and shale industries in particular, this place might be just the place for you.

With a 5.0 percent seasonally adjusted unemployment rate in June 2014, Louisiana still fared better in this respect than 35 other states throughout the country. The New Orleans scene is vibrant enough to capture young people’s attention, especially if they’re willing to work in services, food, and hospitality. Interestingly enough, New Orleans showed a lot of promise prior to the recession, by going from the bottom 5 U.S. Metropolitan areas in 2000, right to the top third position in 2009. As economic forecasters expect the economy to continue its slow recovery, expect Louisiana to reap the rewards.

South Dakota ranked fifth by seasonally adjusted unemployment rate in June 2014 at a meager 3.8 percent. The rent here costs an average of $562 per month. Slightly more than 10 percent of the population is between the ages of 20 and 24. So, you’ll find plenty of young adults to mingle with. The state might not be as vibrant as other places in the U.S. But, it definitely has potential for improvement.

Coming in right after South Dakota in June’s unemployment rate charts, Wyoming holds a 4.0 percent unemployment rate. In fact, the state’s presence on this list won’t actually surprise anyone. 2013 reports showed that Wyoming is one of the top strongest job markets this year. Wyoming also came in 5th in a 2013 chart of the best U.S. states to live in. Experts at Gallup created this list based on average wages, cost of living, and a workplace environment ranking.

Nebraska held the second lowest unemployment rate in the U.S. in June 2014. That rate is a whopping 3.5 percent. The state holds a tradition of low unemployment for young people (7.9 percent). This demographic won’t experience as much difficulty as the rental prices are far below national averages. In fact, a $150 rent is common fare for most urban Nebraskans. The median rental price stands around $644 per month.

If you want to learn how to find a professional job after graduation, the best advice is to look at states and cities with lower competition of jobs. You should also look at states with lower costs of living. For the best conditions, try to locate places that have low unemployment rates: according to Forbes, the top competitive markets in the U.S. this year are in Washington D.C., Rhodes Island, Illinois, New Jersey, and Connecticut. Unless you’re willing to tough it up, steer clear of these five highly competitive states. And, remember: more jobs doesn’t necessarily equate to better jobs or a better life. This mantra is especially true when you factor in the added cost of sky-high rental prices and an unapproachable housing market. If an area has a high rate of unemployed college graduates, perhaps you should look elsewhere.