How to Become an Executive Chef 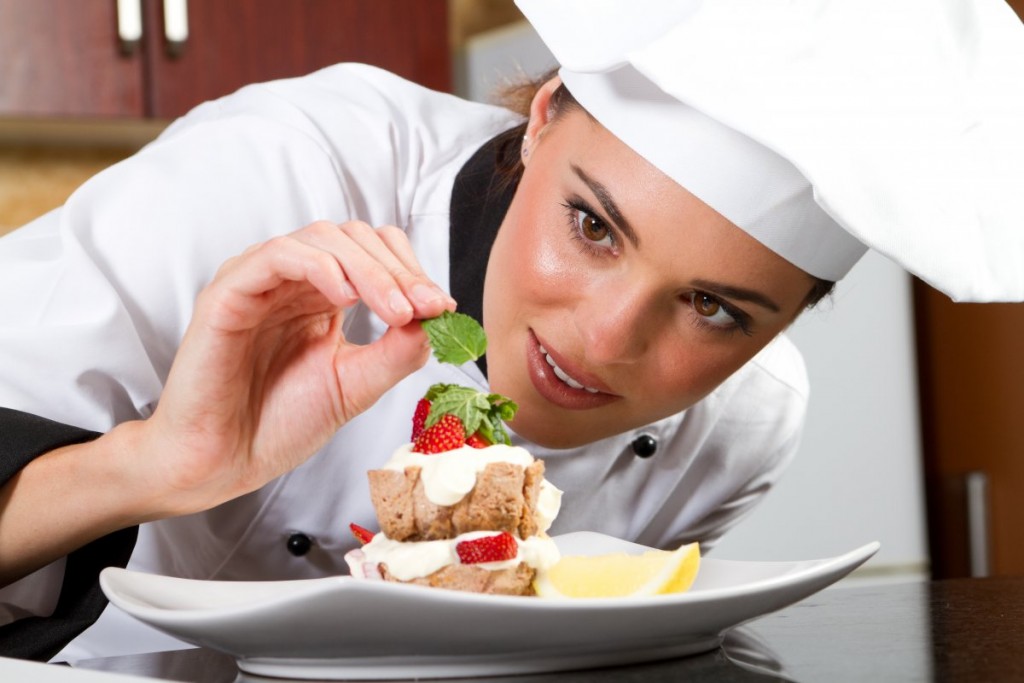 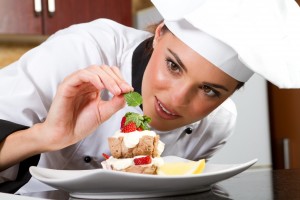 An executive chef (also called a head cook) is the supervisor of an entire kitchen. The Executive Chef Job Description revolves around providing top of the line cooked dishes and goods to a line of customers. An executive chef works together with several other cooks, whom they also train themselves. A head cook is responsible for developing the menu and its items, properly pricing them, training the rest of the kitchen staff, managing the kitchen inventory and so on. You can discover more about the typical Executive Chef job description here.

Data from the BLS indicates that the median value of an executive chef salary is currently $41,610 per year (or $20.01 per hour) as of May 2014. That rate is slightly higher than the median values for all other occupations ($34,750). Furthermore, the chefs that succeed in their career and wind up in higher end positions for more reputable employers (the top 10% of chefs) earn a median of $73,720 per year (or $35.44 per hour). Read more

How to Become an Executive Chef:

You might wonder How to Become an Executive Chef. To become an executive chef, one must complete a formal (or informal) apprenticeship in a kitchen under the supervision of another head cook. Then, he or she must accumulate approximately 10 years of experience working as a cook, as well as developing the necessary management skills in addition of the ones strictly related to cooking. If you’re interested, you can learn about How to Become an Executive Chef here

As per BLS data,  the Executive Chef job outlook is only projected to be about 5% new positions between the upcoming 2012-2022 time period. That rate is actually quite slow, considering that the average projected job growth for all occupations was estimated around 11% for the same period. Read more

The latest data calculated at a national level by the BLS, shows that the median executive chef salary is $20.01 per hour for a total of $40,610 per hour. The median salary shouldn’t be confused with an average of all salary earnings in an occupation. This median value reflects the exact ‘middle’ of all the salaries in the field; half of all top chefs earn a little less than the median, and the other half of them earn more than this figure. These are the higher vs. lower pay brackets for the salary of an executive chef: The Executive Chef salary may vary due to the following influencing factors. These circumstances which have an impact on the salary earned by an executive chef include the following: the amount of previous work experience, the industry which employs them and the geographical location. This is how an executive chef salaries can vary by these criteria: Compared to other professions, executive chefs earn a bit more than the average for all other occupations (estimated at $34,750 per year), and more than the average for all other workers from the food preparation and serving industry (which earn a median of $30,120). Still, the life of an executive chef is often glamorized by the media, and people need to realize that it takes a lot of work and earning each step of the promotion to reach a higher-paying job tier, and that not a lot of executive chefs bask in the glory of the handful of names we hear about. As for benefits, head cook jobs report to be mostly covered by health insurance, and the levels of stress can be quite high. About 13% of head cooks were self-employed in mid-2012.

How to Become an Executive Chef:

The path to becoming an executive chef isn’t that clear and can be quite long, requiring advancement and promotion from within the industry. There are no clear executive chef education requirements, at least in terms of the traditional education system. The first step to complete in order to start working as a cook is to go through a formal or informal apprenticeship in the kitchen of an established chef. From there, you can start working as a regular cook and move up from there, after about 5-10 years of work. In learning how to become an executive chef, you should also pay attention to developing other skills in addition to professional cooking experience; in most industries, an executive chef performs more tasks than simply being the head cook. These professional are also responsible for training and supervising all the other workers in the kitchen (and making sure they progress in their skills), maintaining the financial books and inventory of all kitchen items and ingredients, placing new orders and receiving them, designing the menu items and pricing them, and more. The executive chef answers only to the restaurant or hotel owner. In many ways, they function as a top executive manager for the kitchen. Therefore, a career path of hard work combined with as many awards and perhaps an administrative course diploma is the safest path to getting promoted to an executive chef.

An executive cook is responsible for overseeing all cooking operations in a commercial kitchen, as well as the staff’s training, activities, and the customer orders/complaints. They direct the activities and the staff. They also handle any food concerns which may arise. The Executive Chef job description may vary by employer, but most of them include the following tasks: Juggling all of these responsibilities isn’t easy, even with the help of professional food preparation devices and high quality kitchen equipment. Since executive chefs must work with very large quantities of meat, produce and spices (and planning for everything ahead of time tends to be too much), some of them use a professional kitchen inventory management software. There are 3 different types of executive chefs in the business:

As mentioned in the overlook for this post, the typical Executive Chef job outlook doesn’t appear great: only a 5% growth is expected from 2012 to 2022. The average job growth for all occupations is expected to be at 11% for the same period, and the growth for the entire food preparation and serving industry at 12%. In part, this low increase in the number of jobs to be created for executive chefs is due to a not so encouraging trend. Some restaurant owners prefer to cut costs by hiring regular cooks and food service workers to do the same job as an executive chef without being promoted (and paid better). Still, the job opportunities should look good in the following years if you have accumulated a few years of experience as a cook and you are motivated to start managing more aspects of a professional kitchen. *All numeric data in this post has been provided by courtesy of the BLS (the government’s Bureau of Labor Statistics), unless explicitly otherwise mentioned. The data has been calculated last in May 2014.