How to Begin a Professional Career as a Computer Programmer

QualityEducationAndJobs Team Posted on June 16, 2014 Posted in Computer Sciences No Comments Tagged with How to Begin a Professional Career as a Computer Programmer 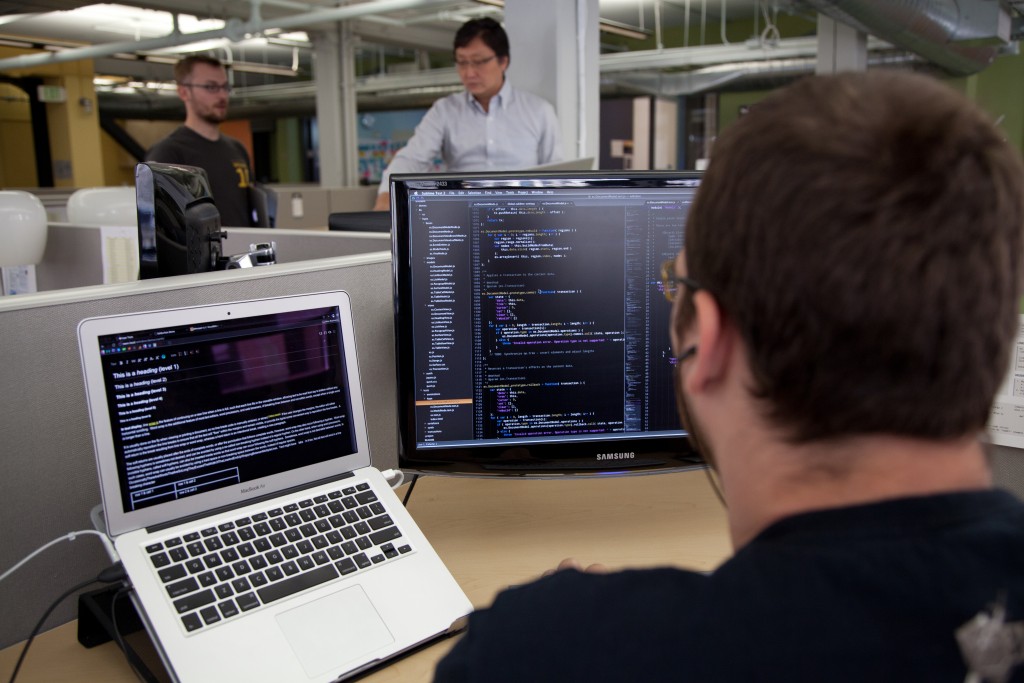 What Does a Computer Programmer Do?

A Computer Programmer designs raw code for software programs. In turn, this program design is transitioned into instructions for a computer to follow. Read more.

The perspective job outlook for Computer Programmers is about the same as the current average for all occupations. The Bureau expects this position to grow by 8 percent through the end of the decade. Additionally, the Bureau predicts that the competition for available jobs in the US will be strong due to the outsourcing of computer programming to other countries. Read more.

How To Begin a Professional Career as a Computer Programmer

How Long Does It Take To Become a Computer Programmer?

The path to becoming a Programmer is on par with other professional careers. The only real universal requirement to become a programmer in the US is that the person hold a bachelor's of Science (or associates degree) in Computer Science. Majority of Computer Programmers hold a bachelor's degree. Most of these programmers specialize in a specific type (or types) of computer computer coding language. Candidates may also complete an internship for their educational requirements. Educational Requirements As previously stated, all computer programmer employers require a bachelor's or associate's degree in computer science. A bachelor's in Computer Science generally takes four years to complete. Programmers working in a specific field, such as health or finance, may take courses in a related field in addition to the required courses in their degree. Programmers typically only learn a limited amount of computer programming languages during school. However, a computer science degree allows students to adapt to new computer codes quickly and easily. During courses, students receive hands-on experience designing computer codes and debugging software. Certain employers may require programmers keep up with changing technology and codes. They may require computer programmers continue their education through additional courses and seminars. These courses and seminars allow programmers to learn new coding languages.   Generally speaking, states and employers don't require a Computer Programmer possess any certifications prior to employment. However, it certainly helps to have a relevant certification in a coding language used by the company. Computer Programmers may choose to become certified for specific coding languages or vendor-specific products for programming.

A Programmer designs raw code for software programs. In turn, this program design is transitioned into instructions for a computer to follow. Programmers also debug software programs. Debugging entails the Programmers testing software to ensure that it provides an expect result. If the software malfunctions, Programmers check the actual code itself for errors. Once they find errors, the Programmers fix it. Programmers work together with software developers. In some businesses, the duties of a Programmer and Software Developer may even overlap. Programmers may even be able to do developers' tasks, such as designing the program. This could include overseeing the planning stages for the software, designing flowcharts of the code, debugging any errant code, and creating a systems interface. Some simpler programs only take a few days or weeks to code. These simpler designs include mobile apps for smart phones. Complex programs, such as operating systems, could take a couple years to create. Duties A Computer Programmer task may include: Design programs using multiple code languages (such as C++ and Java) Update currently existing programs and their code Debug programs by testing and fixing errors in the code Design and use computer-assisted software engineering (CASE) tools to automate code writing Implement code libraries (collections of independent code lines) to simplify the writing

The U.S. Bureau of Labor Statistics says the Computer Programmer position will grow by 8 percent by the year 2020. This growth represents a little more than 28,000 new positions. Programmers are needed to design raw code for software programs. As more and more people and businesses turn to online and offline software programs, the need for quality Computer Programming increases. The Bureau's projected 8 percent is about as fast as the average growth for all US occupations. The Bureau reached this conclusion due to the fact that programming can be done from anywhere in the world regardless of nationality and language. Some companies outsource the programming work to programmers in countries where wages are much lower. This job trend is projected to limit growth of computer programming positions in the United States. Some companies are bucking the trend and bringing programming jobs back to the United States. Companies with less demanding IT operations may outsource the programming work to low-cost areas within the United States. Computer programmers are most often hired into the computer system design industry. The Bureau of Labor Statistics expects this industry to grow due an increased demand for new software. This demand includes online based software which could lower production costs and allow for more customization for users. In addition, the market is placing greater demand for mobile technology apps and healthcare based software.