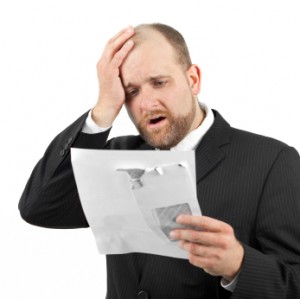 After the official September 2015 jobs report finally came out a few days ago, a wave of disappointment swept across the nation and all the economic news hubs. It’s not that the experts weren’t able to see these less than ideal conditions coming or that the data was completely unforeseeable, but the conclusions which can be derived from this report don’t give much reason for optimism. While it’s true that the economy has shown strong signs of recovery and many of its markets have regained the values traded before the crisis of the late 2000s, it seems that maybe we rejoiced too soon.  The September jobs report, which was officially issued a few days ago, has caused all the major media voices rethinking how serious our economy issue really is.

Here are the main highlights of the official September job report and what the experts across media hubs had to say about it. It’s too early to try to sketch a few economic predictions which can be derived from the data revealed by the jobs report 2015 for September. But you can see that the chief economic analysts who commented on this report aren’t too happy or optimistic about the future at this point.

Predictions Were too Optimistic Up to a point

Economists were apparently too eager to announce the (almost) complete recovery of the national economy. Just because there were indeed some signs of recovery shouldn’t have warranted an unchecked optimism to see things returning to a good point and a growth trajectory, or at least not that fast. Actually, the problem may just be with this frame of growth altogether: maybe this eagerness to just see things on a rising trend and to keep pushing for more economic expansion is what got the economy into this mess in the first place.

But opinions aside, this is what the report on September jobs revealed, in terms of the over-inflated economic predictions of before: while economists predicted 200,000 new jobs to be created in September, only 142,000 were actually added to the economy. And the poor outcome of these predictions doesn’t actually stop here. Even if the U.S. unemployment rate still remained at 5.1%, there are still strong signs of an economic slowdown to say the least.

Older Data (July and August) was Also too Optimistic

If this data in the September jobs report wasn’t already disappointing enough, it seems that the data presented in the older months’ jobs report 2015 was actually wrong as well. If the August count reported 173,000 new jobs added to the economy, it turns out the numbers were over-inflated: the real number of new jobs created was only about 136,000. For the July report, it was the same story: even if the numbers weren’t revised so dramatically, there was the same over-optimistic view on things that just seemed to be, unfortunately, wrong.

This News Could have Global Consequences (but too early to tell)

While no major company or service supplier has announced that they plan to increase their rates just yet, the fact that everyone expected a higher rate of growth and the impending slowdown are still quite likely to produce a rise in prices. This means it is quite possible for the trends revealed in this disastrous September jobs report to have a domino effect in the end, impacting the chances for better economic times, and the global economy altogether.

You may wonder how the media took this set of grim economic news, and what were the chief opinions expressed around the September job report. These were a few reactions from the nation’s leading media voices: