Quality Education & JobsPosted on May 10, 2013 Posted in Blog, Education Technology — No Comments ↓

Top tech leaders from over 40 U.S. universities and colleges recently converged on San Diego to discuss the future of new media in higher education. A key panel featured CIOs from Amherst College, Wesleyan University and Rollins College—schools that have confronted a controversial new movement known as MOOCs, or Massive Online Open Courses.

MOOC platforms, like Coursera and Udacity, have earned praise and scorn alike for sharing college coursework with the public, free of charge.

The Purdue Extended Campus Panel brought the CIOs together to discuss their schools’ divergent reactions to the prospect of making classroom content open-source. While Amherst’s faculty recently rejected the idea, Wesleyan has embraced its new partners. The panelist from Rollins, Patricia Schoknecht, said her college saw both opportunities and risk, and ultimately decided to develop its own MOOC-like API.

“Massive” courseware is controversial partly because it provides for free the very product colleges and universities sell for thousands of dollars. But MOOC proponents suggest schools unable to adapt to the democratizing forces of the Internet could face the ultimate revenue-killer—irrelevance—while more forward-thinking institutions reinvent higher education from the ground up.

The panel discussion focused on organizational strategy: Should tuition-based institutions worry more about undermining their own interests—or falling behind in a rapidly innovating field? 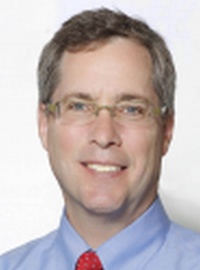 Panelist David Baird of Wesleyan University said that his college proactively works with Coursera because, “we decided we’d be better able to position ourselves if we’re involved than if we’re standing on the sidelines.”

Coursera, which bills itself as a “social entrepreneurship company,” offers freeware linked to 33 campuses, from the western UC system to top east coast universities like Brown and Princeton.

“Could we stop it if we stopped being part of it? No,” said Pam McQuesten, CIO at Southwestern University.

Many educators see MOOCs as, at best, ineffectual and dangerous at worst. Panelist Gayle Barton, the CIO at Amherst, spoke about her intention to partner with edX, an exclusive MOOC run by Harvard and MIT. The working group’s plans were disrupted, however, when the proposal was voted down by faculty last month in a landslide. Amherst professors cited incompatibility with the college’s mission statement and threats to traditional learning methods. 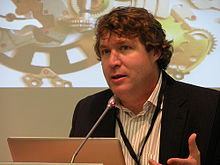 George Siemens, who founded the first self-described MOOC in ’08, says they make financial sense for educators since there’s no additional cost to broadcasting classrooms on the web. It is like, as John Ebersole of Excelsior College put it, a “free trial” offer. After all, the average dropout rate for MOOCs hovers around 90%, and most programs don’t offer academic credit or a degree—yet.

But what happens when students are offered a choice between, on the one hand, a high-quality education that could be prohibitively expensive, and on the other, a medium-quality online education that’s free of charge? Some think it’s a no-brainer. “Oh, by the way, you can also get this Amherst lite experience for free?” one attendee quipped.

According to InformationWeek, Wesleyan’s MOOC courses draw an average of 30,000 participants, though one upcoming summer Social Psychology course has 100,000 signups so far. These figures are certainly unusual for a small liberal arts college that prides itself on a 9-to-1 student-teacher ratio.

The MOOC movement is still in its infancy. With both a vision of “free” education and millions of dollars in start-up funds to pay back, the significance of these entities remains unwritten. The real debates begin as attending CIOs return to their respective schools to field the real world politics of learning in the digital age.