Breaking news for higher education in the state of Nevada: the State Government passed grants for local community college career training. The Nevada State government just passed a bill just this past September 29th 2014 for a grant program worth $9.9 million. The grant is designed to help fund four community colleges throughout Nevada. These colleges will use this funding to work with various local employers to expand and improve their educational career training programs (or internships). If everything goes according to plans, this grant should improve the job scene in the area by making both the employers and local graduates better equipped to adhere to the high professional standards in the respective lines of work. The project aims to help people who are currently excluded from the job market (such as displaced workers or veterans). With any luck, this displaced demographic should fit back in with the job market. 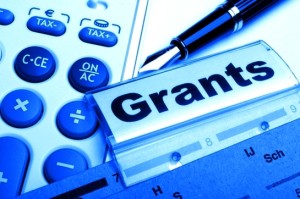 The colleges which the Nevada State government plans to allocate funding to include the following:

The media reports that these four colleges should receive funding from the newly approved grant very soon. Joint work with local employers is scheduled to commence fully in the following academic year. All four of the aforementioned colleges worked together to apply for this funding. They formed an organization called the Nevada College Collaborative. According to Frank Woodbeck, the director of the Nevada College Collaborative and overseer of the grant application process, the project should aid nearly 1,000 displaced workers. Furthermore, the Nevada Collaborative expects that both veterans and active military duty personnel will benefit from a special emphasis on their groups. The education and career training programs scheduled to be developed by the four colleges will pair up job seekers with local employers, teaching workers the skills they need for in demand jobs. In doing so, currently excluded workers will no longer possess outdated skills. These workers should be able to better compete for available jobs. Students will learn skills of the trade directly from employers themselves.

The four colleges which received the grant identified a few fields which currently hold the best growth and career pathways potential for local job seekers. These fields will therefore receive special attention during the education and career training programs. These domains include the following: machine tool or computer numerically-controlled, welding technology, diesel technology, business administration, health care and information technology. The workshops and training session scheduled will increase better job preparation for students and mid-level workers. More importantly, it should help disadvantaged job seekers get back into the game. The training programs will also meet the goals set by a different institution, the Nevada’s Green Zone Veterans Initiative. The Nevada Green Zone Veterans were created to help the state’s veterans and active duty military personnel.

If the project turns out to be a success, the program could set a great precedent and example for similar programs around the country which could target other disadvantaged job seekers. Most of our job market crisis can be attributed not to a small number of jobs, but to a relatively large number of people with outdated work skills. Solving this problem could benefit all parties involved in the work force: the workers, the employers, and the economy at large. The first step for promoting similar programs would be to identify which of the weak job markets throughout the country possess the most potential to benefit from similar education and career training programs. Then, the amount of funds invested in these programs would return back into the economy through the revival of those job markets and a wider tax base. This is an idea worth delving on. The experience of the four Nevada colleges should provide all of us with a welcome preview of things to come in the changing climate of education and employment.