Learn More About How to Become a Flight Attendant 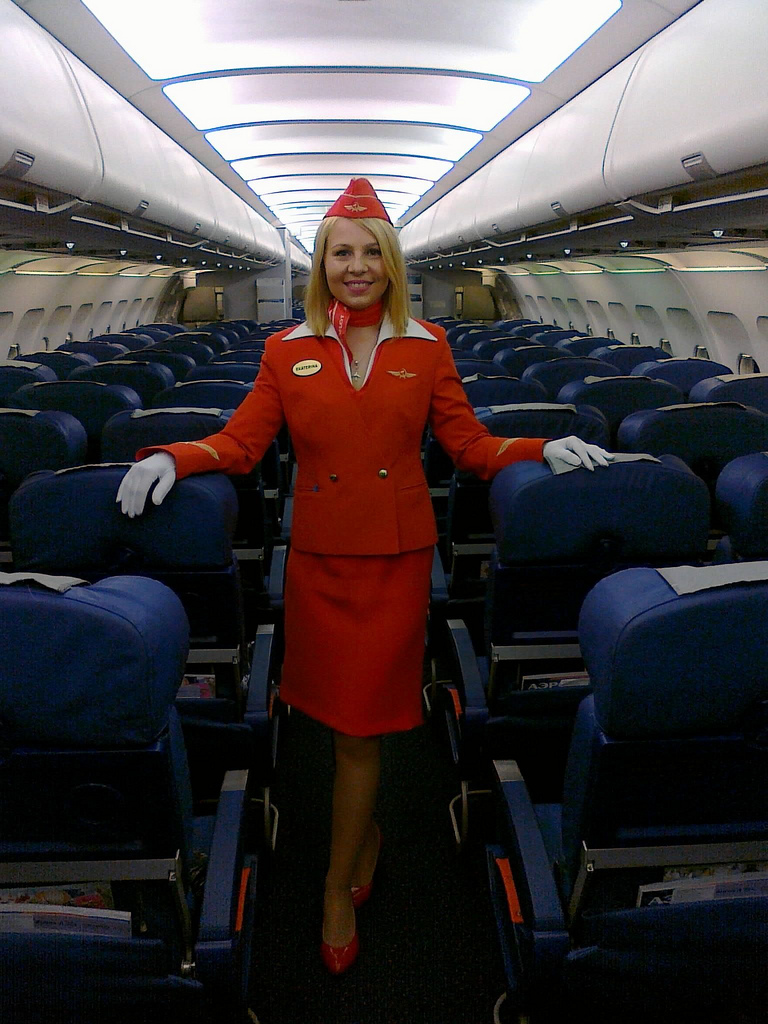 The flight attendant job description includes the following tasks and responsibilities: inspect the cabin of the plane prior to take off, show passengers how to utilize safety equipment, check to make sure that all passengers have secured their seatbelts at the appropriate time, serve snacks and drinks to passengers, assist with first aid care, relay information to passengers as needed and as appropriate. A high school diploma or a GED is needed in order to become a flight attendant. Flight attendants earn a good salary, especially in comparison to the required education level. The field of work is not expected to grow very much in the coming years. If you would like to learn more about the flight attendant job description, read more below.

How to Become a Flight Attendant:

The average flight attendant salary is somewhat lower than the average salary for all other occupations in the United States. According to BLS data from 2014, the median annual income for attendants was $42,290 or $20.33 per hour. The value of the average salary is somewhat different than the median value. However, these numbers may be very close in some instances. The median value indicates the exact middle value for all flight attendants employed in the United States. This means that half of all attendants employed in the United States earn somewhat less than $42,290 annually, and the remaining half earn somewhat more. The flight attendant salary can vary somewhat based on several factors. These factors include the airline an individual is employed by, years of experience as an attendant, and how many days or hours they spend working overtime or on holidays. Typically, the larger and more profitable the airline company, the higher the salary the attendants earn. As attendants gain experience, they tend to earn increasingly higher salaries. Those who have many years of experience and those who work for well-paying airlines tend to earn the highest salaries in the field. Attendants typically receive comprehensive benefits packages from the airline that employs them. Flight attendants who are based out of airports in larger cities tend to receive higher annual salaries than attendants who are employed by smaller airlines or are based out of smaller airports. Some of these high paying cities include Los Angeles, San Francisco, Dallas, Houston, New York, Chicago, and Washington, D.C.

How to Become a Flight Attendant

Are you wondering how to become a flight attendant? If so, read on! We are about to give you the full scoop on what you need to do to become an attendant. The minimum required education level for an attendant is a high school diploma or a GED. However, some airlines prefer to hire attendants who have some college classes or even an associate’s or bachelor’s degree. The more education you have, the better your chances are of being offered a position as an attendant. If you do have a degree, the airline company is likely looking to see if your degree is in public relations, communications, social sciences, or another related field. Most airlines want to hire attendants who have prior work experience with customer service. Attendants who work on foreign flights may need to be fluent in other languages so that they can communicate with their passengers. Typically, an individual must have held a position in the customer services field for at least a year or 2 prior to being offered a position as an attendant. It is important that prospective attendants have gained the customer service skills needed to interact with passengers. In order to be considered for a position as a flight attendant, an individual must be 18 years of age or older. Individuals must possess a valid passport and be legally able to work in the United States. Those who are being considered for an attendant position must be able to pass a drug test as well as a background check. They may also need to complete and pass a medical evaluation that indicates that they are healthy enough to complete the tasks and responsibilities associated with this position. Some airlines have height and weight standards that attendants must conform to. Finally, they must have vision that can be corrected to at least 20/40 with glasses or contact lenses. Upon being offered a position as a flight attendant, new hires must complete training and certification through the Federal Airline Administration or the FAA. The airline company provides training which typically lasts from 3 to 6 weeks. During this training period, newly hired attendants learn about first aid, safety procedures, emergency equipment, and more. Near the end of training, attendants participate in practice flights. Once training is successfully completed and they pass the certification test, the attendants receive a certificate from the FAA. They must continue to receive ongoing training each year. As a new hire, attendants are often placed on call. This means they must be prepared to fill in for a sick coworker or cover an extra flight. New hires may remain on call for up to 2 years, until they begin to establish seniority. Those who have more experience and seniority get the most ideal schedules.

The following tasks and responsibilities are all part of the flight attendant job description: show passengers how to utilize safety equipment, inspect the cabin of the plane prior to take off, check to make sure that all passengers have secured their seatbelts at the appropriate time, assist with first aid care, serve snacks and drinks to passengers, communicate with passengers as needed and answer any questions they may have.

Flight attendants primarily responsibility is to assist passengers, especially if an emergency occurs or a safety issue arises. As a result, their main duty is to ensure passengers’ safety. Their secondary duties are making sure that passengers are comfortable and attended to during the flight. They also provide information to passengers about the length of the flight, weather conditions, and other relevant information. If any issues occurred during the flight, attendants must document these occurrences for the airline company.

The flight attendant job outlook is projected by the BLS to grow by approximately 2% between the years 2014 and 2024. This is slower than the projected rate of growth of all occupations combined. As of 2014, there were 97,900 attendants employed in the United States. By 2024, it is anticipated that there will be approximately 100,100 flight attendant positions in the U.S. There will likely be a great deal of competition for attendant positions as the number of applicants typically exceeds the number of vacant positions available. Even though the required education level is a high school diploma or GED, airline companies will be able to select applicants with the highest level of education since the pool of applicants will exceed the positions available. For this reason, job candidates who have higher levels of education (such as an associate’s degree or bachelor’s degree) have a greater likelihood of being offer an attendant position than do individual who only have a high school diploma. Job opportunities will begin to appear as current attendants retire or move on to other jobs. It is anticipated that a large number of attendants will retire throughout the next decade which will open up positions for other individuals who want to become attendants. The slow rate of growth within this profession is largely tied to airline companies wanting to ensure that their flights are full. By offering fewer flights, the airlines have greater security that they will not waste money on less-than-full flights. As a result, there will not be as great of a demand for attendants. As smaller planes are replaced with larger planes, there is a chance that a greater number of attendants will be needed to assist passengers on the large planes.